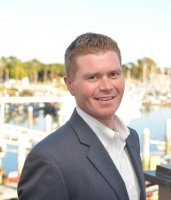 In his role, Bergin will oversee the coordination of Park Hyatt Beaver Creek's extensive events offerings.

Most recently, Michael worked as Director of Sales, Marketing and Events at Andaz Napa in Napa, California, where he helped drive the sales division to become the highest producing team in the western region and the fifth highest in the Americas.

As a CrossFit enthusiast and former Ironman competitor, Michael is excited to enjoy the endless outdoor adventures available in the Rocky Mountains. He will be relocating to Beaver Creek with his wife Sanja, daughter Diana and dog Archie. The family is also expecting a son later this month.