Appointed Director of Food & Beverage
At The Lexington Hotel in New York, USA 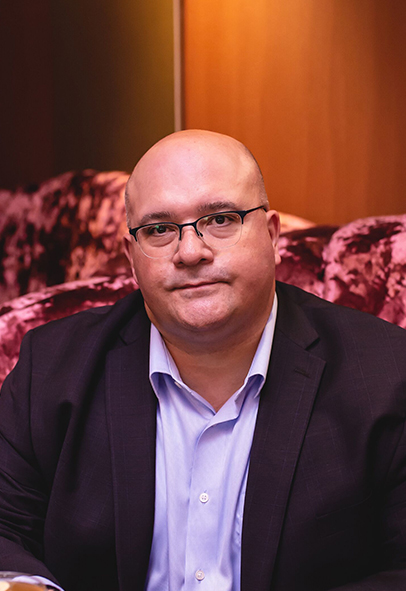 The Lexington Hotel announces the appointment of Frank Caiafa as the Director of Food and Beverage at The Lexington Hotel and Beverage Director of The Stayton Room. This new position marks Frank's return to Lexington Avenue, bringing his years of expertise in cocktail culture to a brand new yet classic New York hotel bar. Frank will be working closely with The Stayton Room team to curate an innovative cocktail and food menu built around deliciously classic libations.

Frank played an integral role as the beverage director of the highly celebrated Peacock Alley and La Chine restaurants at The Waldorf Astoria in New York City, where he worked from 2005 until the hotel's recent closure for renovations. He is also the author of 'The Waldorf Astoria Bar Book' (Penguin). This new classic guidebook was A 2017 James Beard Foundation Award finalist and was nominated for a 2017 Tales of the Cocktail Spirited Award for Best New Cocktail and Bartending Book.

Frank also serves as Principal of the hospitality consulting and management enterprise Handle Bars NYC / Global Hospitality. The company has been called upon for its expertise in all facets of operation, including education, training, bar layout and design, menu development, and more. Past projects have included The Fairmont Austin, New York Hilton Midtown, The Long Bar at The Waldorf Astoria Shanghai, The Garden City Hotel and the lauded NoHo bar, The Vault at Pfaff's, among others.

Frank has participated on many judging panels, including blind tastings of both wine and spirits along with varied sponsored cocktail competitions. His writing and personal recipes have been published in numerous periodicals, including The New York Times, Wine Enthusiast, and Time Out New York, and more.