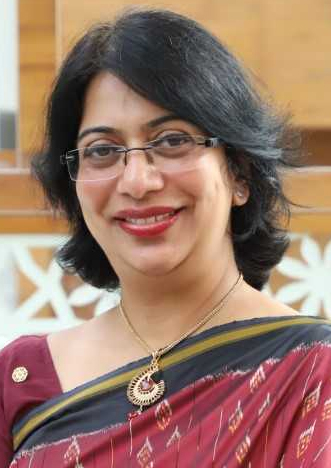 TAJ CITY Centre Gurugram announced the appointment of Kanika Hasrat as the General Manager. Hasrat joins Taj City Centre Gurugram, after her last tenure with Vivanta New Delhi Dwarka as its General Manager where she helped the hotel become a market leader and position itself as the new Vivanta. With an illustrious experience of nearly 25 years, Hasrat has held leadership positions and worked with renowned domestic and international hospitality brands across key cities in India and abroad.

Her expertise lies in improving overall guest satisfaction, bringing innovation in day to day tasks and driving the overall performance of the hotel. With a keen eye for detail, Hasrat is extremely particular about her hotel rounds and engaging with her guests and associates alike. She opines that a General Manager's role is diverse and versatile that makes each day different from the last! She has always been a strong believer in harnessing the team's strengths and believes in working with a strong focus on quality and strategy.

Hasrat holds an MBA in Finance and Marketing and is an alumnus from one of India's topmost centres for learning and development. Her in-depth knowledge of the industry and ability to collaborate across teams has contributed to her success. In her leisure time, Kanika enjoys gardening, travelling and exploring new cities and cultures with her family.

16 January 2019 — In his previous role, Shaun held the position of Director of Rooms at Taj West End, Bengaluru. He holds a Bachelor of Science degree from the Institute of Hotel Management Goa. Shaun joined IHCL in 2005 in the Front Office department at The Taj Mahal Palace, Mumbai.
read more
More from IHCL
Map
Advertisements
Never miss a story again
Sign up for the HN360 daily newsletter
Media Kit – Submit Content
Advertisement
Advertisements