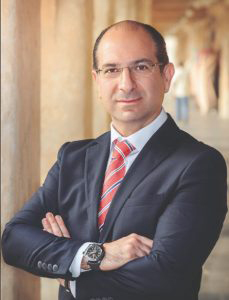 Husam Malki first joined the Anantara family in 2014 as Resident Manager in Qasr Al Sarab Desert Resort by Anantara in Abu Dhabi. Husam then moved to Doha to spearhead the opening of Souq Al Wakra Hotel by Tivoli, as his first General Manager role.

Husam's career in the hospitality industry has spanned over 19 years, gaining experience from various leading hospitality groups across the Middle East - including Hyatt, Accor, Starwood, and Marriott Hotels.

As the new General Manager of Banana Island Resort Doha by Anantara, Husam is responsible for managing the daily operations and for developing key business strategies for the resort; continuing to pursue the path the resort has already achieved on the local and international tourism map.

27 November 2020 — With an extensive international career spanning almost 30 years, Jesús joined Minor Hotels in 2018 as Senior Director Development and Asset - Spain, France and Portugal. Prior to that he worked for NH Hotel Group, starting in Lanzarote in 2000 before moving on to work at different hotels in Spain.
read more

25 November 2020 — With a degree from The Hotel Management School Maastricht in Holland, Stephan has over 15 years of hospitality industry experience. After graduating, he worked with InterContinental Hotels Group before joining Marriott in the UK in 2011.
read more