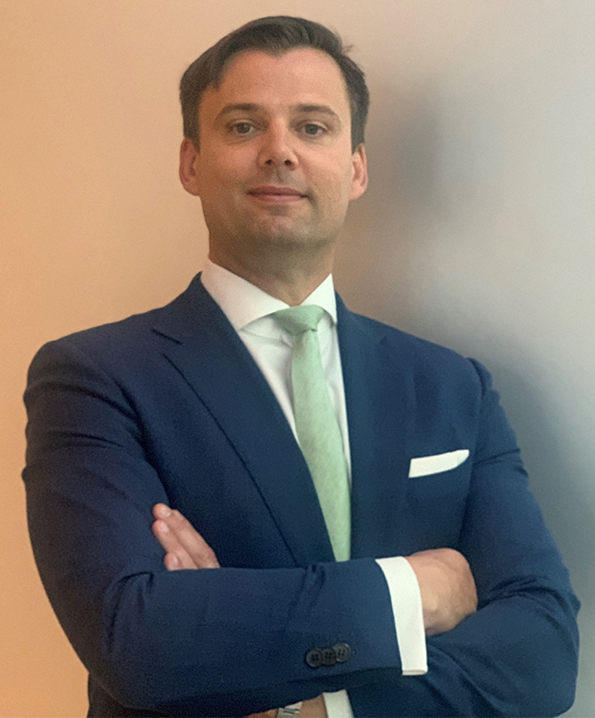 Conrad New York Downtown has announced the appointment of Juan Gonzalez Izquierdo as the new hotel manager for the property. In his position, Gonzalez Izquierdo leads hotel operations, focusing on enhancing the 463 all-suite property's luxury standard of hospitality, and further elevating the international guest experience.

Throughout his 15-year career in hospitality, Gonzalez Izquierdo has been dedicated to creating memorable guest experiences in the luxury sector, working with renowned hoteliers at Five-Star properties in the United Kingdom, Spain, Germany and the United States.

Prior to joining Conrad New York Downtown, Gonzalez Izquierdo served as director of operations at The Carlyle, A Rosewood Hotel. Earlier in his career, Gonzalez Izquierdo completed a six-year tenure at The Carlyle, working as bar manager and restaurant manager at the Carlyle Restaurant and was later promoted to director of food and beverage for all culinary operations on property, including banquets and events. His diverse background includes work with The Peninsula New York as director of food and beverage in addition to stints with The Ritz Carlton and Four Seasons Hotels & Resorts in Barcelona and London.

Gonzalez Izquierdo earned a bachelor's degree in hotel management and tourism administration from Endicott College in Massachusetts and is a graduate of Le Roches School of Hotel Management in Switzerland.

14 September 2020 — Conrad Bora Bora Nui has appointed Nathalie Debonnet as the new Commercial Director of the award-winning French Polynesian resort. Boasting 20 years of experience in hospitality, Nathalie is seasoned veteran with a proven track record in sales and marketing, specializing in the luxury sector.
read more

10 September 2020 — Boasting 20 years of experience in hospitality, Nathalie is seasoned veteran with a proven track record in sales and marketing, specializing in the luxury sector. Most recently, Nathalie served for five years as Cluster Director of Sales & Marketing for the St.
read more

8 September 2020 — Most recently working at Conrad on Dubai's Sheikh Zayed Road where he was responsible for overseeing the hotel's entire F&B operations, including the launch and opening of Korean casual dining outlet Kimpo, Timlin has more than 16 years of experience in the industry.
read more
More from Hilton
Map
Advertisements
Never miss a story again
Sign up for the HN360 daily newsletter
Media Kit – Submit Content
Advertisement
Advertisements