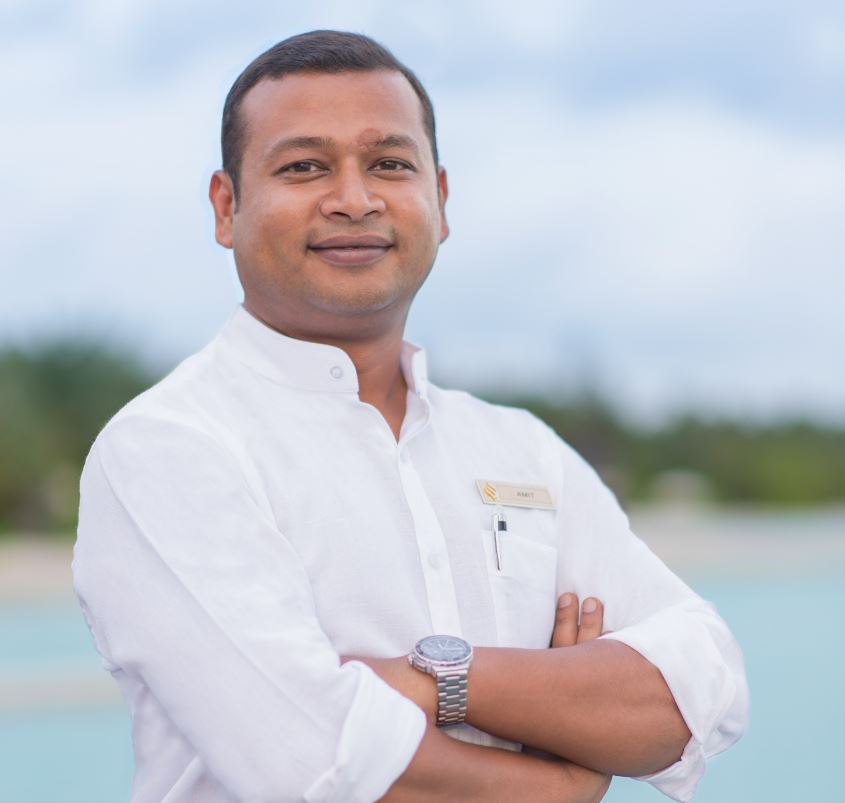 Jumeirah Vittaveli is proud to announce that its General Manager, Amit Majumder, has been appointed as Vice President, Boutique Resorts, for Jumeirah Hotels & Resorts. Majumder will be based in Dubai at Jumeirah's headquarters. His new mandate will include overseeing Jumeirah Vittaveli, as well as the development of expansion plans for high end luxury boutique resorts within the Jumeirah brand.

During his time at Jumeirah Vittaveli, Majumder has achieved commercial success as well as milestones in the resort's positioning. Most notably the opening of the lavish 3,500 square meter five-bedroom Royal Residence, complete with private beach, 2 swimming pools, its own restaurant, spa, gym, and resident butler service in 2017. In his role he also launched the destination's first ice rink - the ecologically sustainable Ice Ice Maybe open-air ice rink on the beach.

This year, he launched the completely refurbished Private Ocean Retreats with Slides and Infinity Pool Ocean Villas, nine of which also come with the longest water slide in the Maldives. Prior to his appointment as General Manager, Majumder served as Resident and then Resort Manager at Jumeirah Vittaveli, and, amongst others, his contribution was instrumental in developing the resort's Food & Beverage offerings of the island from previously 4 restaurants and 2 bars, to currently 10 venues, including a wine library, whisky & chocolate salon, a cigar lounge, and more. The signature restaurant Swarna, a majestic venue in the midst of a lush resort garden with infinite lagoon views. Swarna has been named Best Indian cuisine in Asia for 4 years in a row by the World Luxury Restaurant Awards.

Originally from India, Amit holds a hotel management degree from the Institute of Hotel Management in Kolkata. He started his hospitality career with Oberoi in India and first joined Jumeirah in 2002, where he contributed to successful operations at Burj al Arab by Jumeirah and Madinat Jumeirah. From Dubai, he went on to work for Mandarin Oriental and One & Only before returning to Jumeirah in the Maldives in 2012.

Amit Majumder (Class of 2016) is a graduate of Cornell | School of Executive and Professional Education in Ithaca, New York - United States
more information

14 January 2020 — Jumeirah Group is delighted to announce the appointment of Paula McColgan as Director of Sales & Marketing at The Carlton Tower Jumeirah and Jumeirah Lowndes Hotel, London. With 25 years experience in global luxury hotel sales and marketing, Paula will bring an unparalled combination of sales and marketing expertise together with a natural ability to recruit, motivate and nurture a dynamic team.
read more

11 December 2019 — Jumeirah Group has appointed Muneera Al Taher as director of Emiratisation - Talent Acquisition and Development, with a focus on driving local talent recruitment and development across the group. Under the umbrella of the UAE leaders' vision to empower Emiratis across the semi-government and private sector, Al Taher will pioneer an agenda that focuses on attracting top talent, introducing new development programmes and supporting growth of Emirati employees in Jumeirah Group.
read more