Appointed Executive Officer for North America and the Caribbean
At Club Med in Paris, France 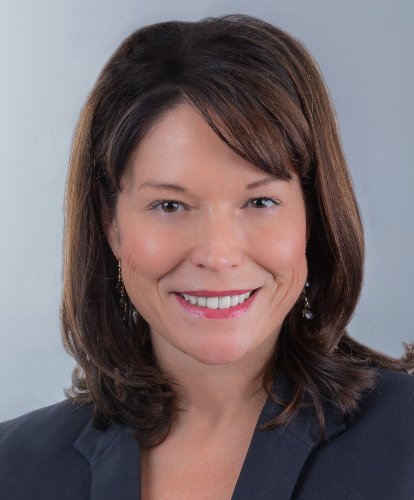 Club Med, the pioneer of the all-inclusive resort concept, announced today that Carolyne Doyon will assume the role of president and chief executive officer for the company's North American and Caribbean business division, effective immediately. In her new role, Doyon will oversee more than 3,000 employees and lead the sales, operations and development activities for four regional offices and nine resorts.

Doyon is succeeding Xavier Mufraggi, who held the position of CEO for North America and the Caribbean for more than 10 years. During his tenure, the North American division flourished into a sustainable and profitable business unit, achieving high growth performances each year.

In her new role, Doyon will report to Michel Wolfovski, deputy CEO of Club Med, and will spearhead the North American division's current plans to grow capacity by 30 percent by 2021. Doyon will oversee the strategy and execution to maintain stellar guest satisfaction, develop internal talent, and expand the division's business with renovations to the existing portfolio as well as the opening of new resorts, including Club Med Miches Playa Esmeralda, Dominican Republic, and the first Club Med resort in Canada, Club Med Quebec Charlevoix. She is relocating to the North American headquarters in Miami, FL.

Doyon joined Club Med in 2008 as a sales director and was promoted to vice president of sales, transportation and marketing within the same year. She has been a key contributor to the success of the North American division by increasing the business volume in Canada by 75 percent, doubling the commercial contribution and rebalancing the distribution model. She has also been at the heart of the Quebec Charlevoix project, marking the return of Club Med's ski offering to North America.

Club Med, founded in 1950 by Gérard Blitz, is the pioneer of the all-inclusive concept, offering nearly 70 premium resorts in stunning locations around the world including North and South America, Caribbean, Asia, Africa, Europe and the Mediterranean.
more information
Recent Appointments at Club Med

24 October 2019 — The newly created role for Sabrina Cendral will increase the synergy between the marketing and sales departments to maximize market impact and support the company's North American growth plans. Club Med, the pioneer and global leader of the all-inclusive resort concept, announced today the promotion of Sabrina Cendral to senior vice president of marketing and sales, effective immediately.
read more

20 June 2019 — Based in Shanghai, Xavier Desaulles, CEO of APAC Markets business unit, will lead the commercial teams across Greater China, Japan, South Korea, South-east Asia and Pacific markets. He was previously CEO of the East and South Asia Pacific markets since 2016.
read more

20 June 2019 — Jean-Charles Fortoul, based in Shanghai, will Lead the operations and development of the resorts across APAC. With over 18 years of experience in the hospitality industry, Fortoul has held senior leadership positions at Club Med since 2002, managing various markets across Europe, the Middle East and South-east Asia.
read more
More from Club Med
Map
Advertisements
Never miss a story again
Sign up for the HN360 daily newsletter
Media Kit – Submit Content
Advertisement
Advertisements