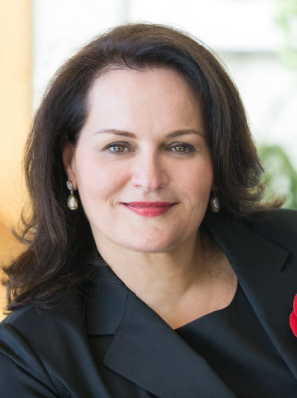 The Peninsula Hotels has great pleasure in announcing the appointment of Sonja Vodusek as Managing Director of The Peninsula London, effective 1 February 2020.

A native of Victoria, Australia, Ms Vodusek holds diplomas in hotel and business management from the Blue Mountain International Hotel Management School (BMIHMS) in Sydney and the Royal Melbourne Institute of Technology, respectively. Prior to joining The Peninsula Hotels, Ms Vodusek had gained 16 years of experience holding various executive management positions in the luxury hospitality sector at Four Seasons hotels in the United States, Japan, Ireland, Australia and the Czech Republic.

23 May 2019 — With more than 34 years' experience in the hospitality industry, Governato's most recent position began in 2015 when he was named Senior General Manager for both the Four Seasons Hotel Milan and the Four Seasons Hotel Tunis - following a brief stint at Rocco Forte Hotels' Hotel de Russie in Rome, which began in early 2014.
read more

25 April 2019 — The Peninsula Chicago is pleased to announce the appointment of Executive Chef Baasim Zafar, a native of England with more than 25 years of experience in restaurants and luxury hotels in the United States, London and Saudi Arabia.
read more
More from Peninsula
Map
Advertisements
Never miss a story again
Sign up for the HN360 daily newsletter
Media Kit – Submit Content
Advertisement
Advertisements