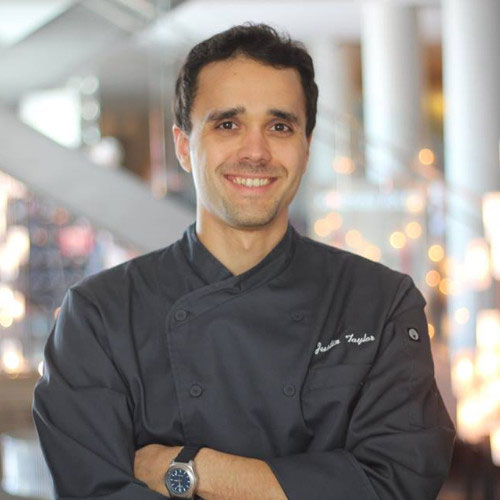 Park Hyatt St. Kitts announces the appointment of Justin Taylor as Executive Chef of the exclusive luxury beachfront resort. In this role, Taylor will oversee the resort's three signature restaurants including The Great House, The Fisherman's Village and The Stone Barn while simultaneously introducing creative culinary programming that introduces guests to the island's rich heritage.

Taylor comes to Park Hyatt St. Kitts with over 14 years of experience in the culinary industry having worked in a wide range of high-end kitchens from London to Los Angeles. Most recently, he was Executive Chef for three years at Andaz West Hollywood where he oversaw a celebrated food and beverage program that encompassed the property's well-known restaurant, bar and the rooftop pool bar. Prior to that, Taylor was Executive Sous Chef at Andaz 5thAvenue in New York. Additional career highlights include being Tournant at Mandarin Oriental New York, Sous Chef at Company of the Cauldron in Nantucket, and Chef de Partie at Toppers at The Wauwinet in Nantucket. Taylor graduated with honors from the Culinary Institute of America with a Bachelor of Professional Studies in Culinary Management.

Taylor will be responsible for sourcing seasonal ingredients from local farmers and fisherman to be used in the curated menus offered at the property's three dining establishments - The Great House, an all-day dining venue offering market-to-table fare with a Caribbean influence; The Fisherman's Village, an open-air bungalow serving cuisine inspired by the local fish markets; and The Stone Barn, the resort's fine dining establishment presenting multi-course tasting menus and an expansive wine list.