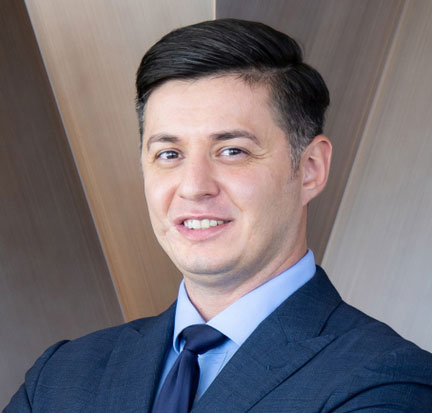 Makaridze oversees the portfolio of restaurants and food and beverage options at the five-star property, including the grand opening of Lexx bar and re-launch of main restaurant Sahha.

Makaridze, who joined the hotel in August, previously worked at Jumeirah Hotels & Resorts as the restaurant general manager of one of its concepts at its property in Dubai.

His experience also includes an F&B managerial position at Waldorf Astoria's luxury steak house restaurant in RAK, a member of the reopening team for Café Russe restaurant at the Ritz-Carlton, Moscow, and managing an Italian concept restaurant at Rixos President Astana in the Kazakh capital, including a two-month stint replacing the F&B director.

Of Georgian-Greek parentage, Makaridze began his hospitality career in Moscow. He is a graduate of the Sochi State University of Hospitality Management.

14 August 2020 — Hyatt Hotels Corporation announces the appointment of Dina Fenili Niekamp as Director of Brand & Marketing, Miraval. In this position, Fenili Niekamp will be responsible for driving consumer awareness for the growing Miraval brand and spearheading the marketing and communications efforts for Miraval properties across the country, including its most recent opening Miraval Berkshires.
read more