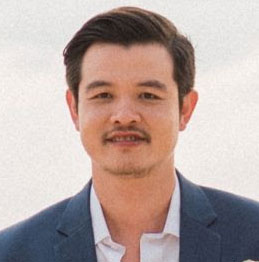 AKARYN Hotel Group, Thailand's homegrown five-star boutique hotel specialist, is ramping up its international expansion strategy with the appointment of Eugene Chew, its new Vice President of Development and Operations.

Eugene, who joins the company on 16th September 2019, has a strong background in the hospitality industry and speaks five languages: English, Malay, Mandarin, Cantonese and Hokkien. With more than 20 years of experience in Asia and the West, he is uniquely positioned to drive the development of an ambitious and fast-growing Asian hospitality business.

Having graduated from the University of Michigan, Eugene's career commenced in the USA with New Great Wall Corp, a major F&B business, where he was instrumental in introducing new Asian dining concepts into the American market. As Pre-Opening & Opening Manager, he successfully grew the Genghis Khan Mongolian BBQ chain in the US, overseeing everything from contract negotiations and restaurant construction to staff recruitment and menu creation. By 2010, he had worked his way up to the position of Assistant General Manager of New Great Wall Corp, handling the daily operations of a multi-million dollar business.

In the following years, Eugene established himself in executive positions with global F&B companies such as Outback Steakhouse and Compass Group in the US, before he moved back to his native Malaysia to become Group General Manager for Secret Recipe, where he was tasked with executing a multi-brand expansion across Malaysia, Indonesia and Singapore.

Most recently, Eugene worked for Wine Collection in Thailand, initially as Operations Manager and later as Country Director of Operations, leading the group's entire Thailand operations, covering 31 restaurants and 55 retail stores. He now bring his lifetime of expertise to AKARYN Hotel Group, where he will report directly to the company's pioneering founder and Managing Director, Anchalika Kijkanakorn.

19 October 2017 — Thomas Singenberger has been appointed Hotel Manager of the akyra Sukhumvit Bangkok, a new 50-room hotel scheduled to open in the first quarter of 2018. Thomas has more than a decade of executive level experience and was trained at one of the most respected hotel management schools in the world, Ecole Hôtelière de Lausanne in Switzerland.
read more
More from AKARYN Hotel Group
Map
Advertisements
Never miss a story again
Sign up for the HN360 daily newsletter
Media Kit – Submit Content
Advertisement
Advertisements