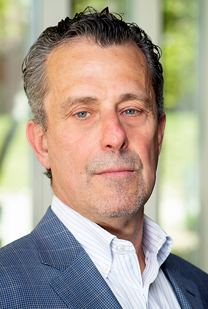 Airbnb announced today that Rich Baer will join the company as Chief Legal Officer. Over his long career, Rich has distinguished himself as an outstanding lawyer for large, fast growing public companies and leader of global legal teams with expertise in a wide range of complex matters at the intersection of law, business and society.

Named by the National Law Journal as one of the country's top general counsels, Baer has unparalleled experience and a long record of success. A trial attorney by training, Baer has led the legal teams at Qwest Communications where he helped lead the turnaround of the company, United Health and most recently, Liberty Media. Liberty is a set of five public companies which own or hold large stakes in companies such as SiriusXM, Formula 1, LiveNation Entertainment, TripAdvisor, Qurate, Zulily, the Atlanta Braves, Charter Communications and GCI, among others.

Throughout his career, Baer has focused on making the legal community more diverse and inclusive. Under his leadership, Qwest was named by the Minority Corporation Counsel Association as an Employer of Choice and Rich was named a Diversity Trailblazer by the Colorado State Bar Association.

In addition to his legal work, Baer is Chairman of the Board at National Jewish Health, and has served as a board member of the Institute for the Advancement of the American Legal System, the Colorado Legal Aid Foundation, the Daniels College of Business Executive Advisory Board and the Colorado Campaign for Inclusive Excellence.

Baer is a graduate of Columbia University and Duke University School of Law. He will start at Airbnb in early October and report to Belinda Johnson. Baer will be based in San Francisco.

Founded in August of 2008 and based in San Francisco, California, Airbnb is a trusted community marketplace for people to list, discover, and book unique accommodations around the world — online or from a mobile phone or tablet.
more information
Recent Appointments at Airbnb, Inc.

16 July 2020 — Amanpreet has worked as Airbnb's Country Manager in India since 2015. In his expanded role, Amanpreet will be responsible for driving Airbnb's strategy and long-term growth in some of the company's fastest-growing markets in Asia Pacific.
read more

15 May 2020 — Today, we are excited to announce that Tara Bunch will join Airbnb as Global Head of Operations. In this role, Bunch will oversee Airbnb's Customer Service, Trust and Safety and Payments teams and report directly to Airbnb Co-Founder and CEO Brian Chesky.
read more
More from Airbnb, Inc.
Map
Advertisements
Never miss a story again
Sign up for the HN360 daily newsletter
Media Kit – Submit Content
Advertisement
Advertisements