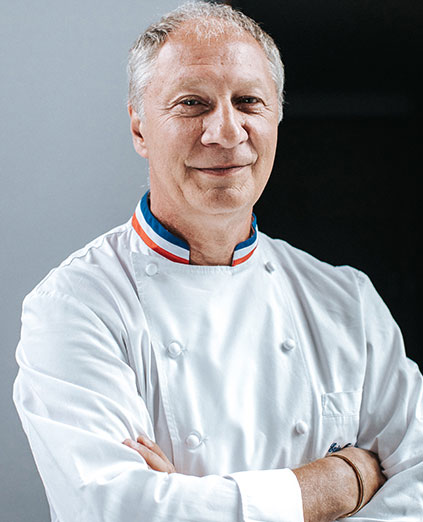 To celebrate this exceptional date, the Hotel du Cap-Eden-Roc has decided to give a new dimension to the gastronomic experience offered in its various restaurants and bars. Guarantor of the identity of the house for 27 years, Arnaud Poette, Executive Chef, will now be able to rely on Eric Frechon, Michelin-starred chef at the Bristol in Paris. He will join the Hotel du Cap-Eden-Roc as a consulting chef from January 2020. Sharing the same values ​​and a deep complicity, Arnaud Poette and Eric Frechon will mobilize all their talent to sublimate the cuisine of the Hotel du Cap-Eden -Roc of a supplement of elegance and creativity.

18 August 2021 — Oetker Collection is delighted to announce the appointment of Stuart Geddes as Managing Director of The Lanesborough, London, taking up his position with immediate effect. Stuart has been Hotel Manager at The Lanesborough for the past two years and brings a wealth of experience in the hospitality industry to his new position, having worked in some of the finest hotels in London including The Ritz and The Goring, where he previously held the position of General Manager.
read more

2 September 2020 — Oetker Collection is pleased to announce that Mr. Simon Neggers will join its executive leadership team as Senior Vice President of Sales, Marketing and Communications as of September 7th, 2020. In his new role, Mr.
read more