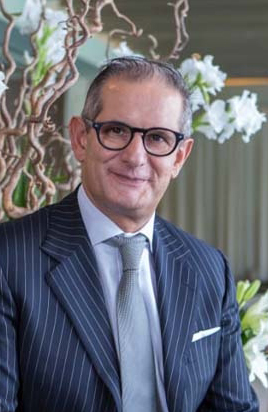 Concezzi, will lead and oversee all daily operations and management of the hotel's three distinct restaurants together with its banquet operations.

With a career spanning three decades and numerous countries, Concezzi brings extensive experience in the luxury dining sector to his role.

The Italian started his journey in the industry when he was 19, when he left his country for a job Miami, United States. Since then, he worked across five-star properties in Australia, the Bahamas, Italy, Morocco, Syria, Thailand, Turkey, and the UAE.

Initiating fresh concepts and launching new restaurants has been a common theme throughout Concezzi's career, and his talents have been recognised through several awards, including a prestigious Michelin star during his tenure at Torre Dei Galluzzi restaurant in Bologna, Italy.

While working as an executive chef in Sardinia in 2009, he was nominated by celebrity chef Gordon Ramsey to open Gordon Ramsey at Forte Village. In addition, he has been invited to create special menus for many renowned eateries around the world as a guest chef.