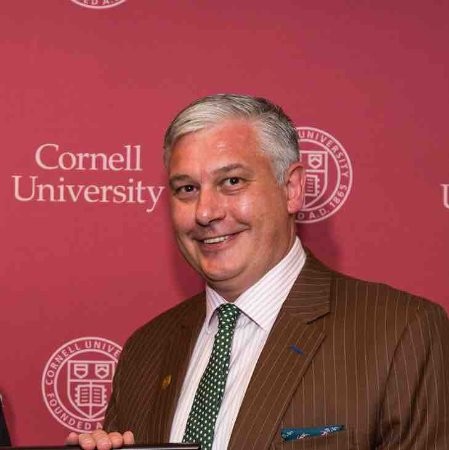 Hotel Brooklyn, the new opening in Manchester from Bespoke Hotels, has announced the appointment of Paul Bayliss as general manager.

Set to launch in early 2020, the 189-bedroom property located on Portland Street will feature Runyon's restaurant, a rooftop bar and versatile conference space called Brooklyn Heights. The hotel is being developed by Bespoke Hotels in partnership with Marshall CDP.

Bayliss has joined the hotel from his previous role as managing director of Macdonald Hotels' division in the Scottish Highlands and Aviemore Resort, where he has been since August 2018. He was previously residential manager at the Midland hotel in Manchester, regional general manager for Macdonald's Manchester division and general manager at Carden Park, near Chester.

Earlier in his career, Bayliss spent 24 years in the British Army in a variety of roles from apprentice chef to commissioned officer.

Hotel Brooklyn is being marketed as a sister property to Bespoke Hotel's Hotel Gotham and will aim "to celebrate iconic urban landmarks of the new world, while offering true Mancunian hospitality".

Paul Bayliss (Class of 2015) is a graduate of Cornell | School of Executive and Professional Education in Ithaca, New York - United States
more information

14 January 2019 — Bespoke Hotels is delighted to announce that it has appointed Mike Rothwell to the role of Director of Advisory. A specialist in asset management, bank recovery and advisory work, Rothwell will work as the head of Bespoke's burgeoning Advisory Division.
read more

30 August 2017 — Beccy Gunn has been appointed general manager at Bespoke Hotels’ White Horse hotel in Dorking, Surrey, ahead of a scheduled re-launch in November. Bespoke is investing more than £3m in the hotel in after acquiring the property from American private equity company Lone Star earlier this year to turn it into a “foodie destination”.
read more
More from Bespoke Hotels Ltd
Map
Advertisements
Never miss a story again
Sign up for the HN360 daily newsletter
Media Kit – Submit Content
Advertisement
Advertisements