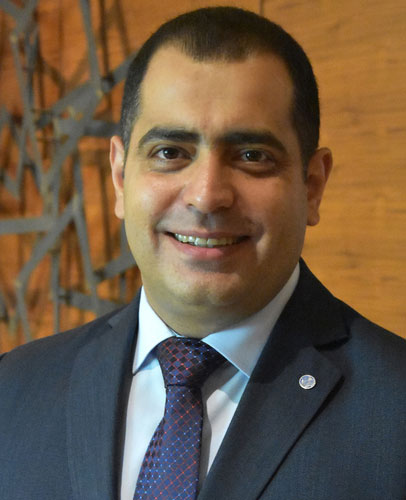 Kozhaya began his career in Beirut, Lebanon where he built his foundation in food and beverage operations working for luxurious brands such as Habtoor & Metropolitan by Hilton prior to relocating to the United Arab Emirates. In 2007, he joined the Armed Forces Officers and Hotels in Abu Dhabi as Banquet Manager, where he was exposed to grand events such as presidential meetings & Royal weddings.

Over the years, Kozhaya's passion for the industry has driven him to be exposed to several international trainings to develop his expertise in the field, such as having the chance to explore Champagne in France, wineries in Italy and in-depth training in Switzerland.

He brings 20 years of experience in the hospitality industry to Amwaj Rotana and will oversee the hotel operations, assisting in the development and implementation of plans to ensure optimum guest satisfaction, sales potential and profitability.