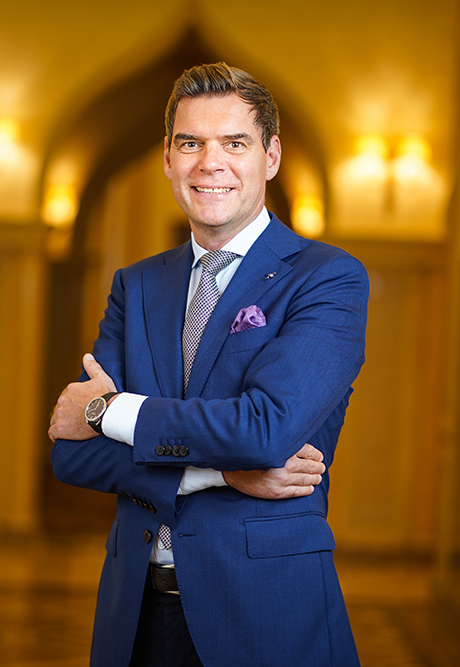 Michael Sorgenfrey has been appointed Vice President Operations, Middle East & Africa of Kempinski Hotels. He joins the company from his last position as Managing Director of RIMC Deutschland Hotels & Resorts, a consulting, development and operating company for the hotel industry in the areas of hotel management, refurbishment and marketing support. It is a subsidiary of RIMC International Hotels & Resorts GmbH, one of the world's leading hotel companies. As Managing Director, Michael Sorgenfrey was responsible for the operational and strategic management of the 15 hotels in Germany.

Michael looks back on an impressive 34-year career track record in the luxury hospitality and will be very successful in establishing efficient relationships with the regional team, hotel employees and owners alike in his new assignment as Vice President Operations, Middle East & Africa.

Michael Sorgenfrey holds an European Executive Master of Business Administration from the Reims Management School and a F&B Management Certificate from Cornell University in New York.  In addition to his German mother tongue he speaks English and has also basic knowledge in Turkish and Thai.

12 October 2020 — As the first Omani female hotel manager and an experienced professional hotelier, Nadine El Assaad Al Bulushi has proven to be a creative, efficient leader who believes that the success of an organisation comes from a competent and innovative team.
read more

25 August 2020 — The soon-to-be-opened new top luxury hotel in Shandong province, Kempinski Hotel Jinan, is now headed by General Manager Christian Wiendieck, who has just been appointed to his new position. A seasoned hotelier, he can look back on an outstanding career of more than 20 years within the Kempinski brand, joining the Jinan pre-opening team from his last assignment as general manager at Kempinski Hotel Fuzhou.
read more
More from Kempinski
Map
Advertisements
Never miss a story again
Sign up for the HN360 daily newsletter
Media Kit – Submit Content
Advertisement
Advertisements