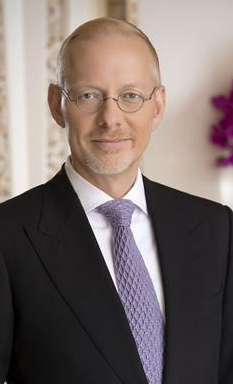 Wynn Resorts announced today that Brian Gullbrants will assume the position of President of Encore Boston Harbor. Mr. Gullbrants will replace Robert DeSalvio, who decided to step down after leading the resort for the last five years, culminating in one of the most successful casino resort openings on the East Coast.

Brian Gullbrants most recently led all hotel and food and beverage operations at Encore, working alongside Bob DeSalvio since the pre-opening phase of the resort. Mr. Gullbrants has experience as a leader at some of the top ranked hotels globally. He led the opening of the hotel at Encore Las Vegas in 2008; his role expanded to oversight of both Wynn Las Vegas and Encore hotels in 2011 as Executive Vice President and General Manager. Previous to his work with Wynn Resorts, Mr. Gullbrants spent 20 years with the Ritz-Carlton Hotel Company where he held various operational, general management and corporate executive positions. As Vice President of Operations, Mr. Gullbrants was responsible for overseeing all operational disciplines for The Ritz-Carlton Company worldwide.

Wynn Resorts, Limited (NASDAQ:WYNN) was formed through Steve Wynn's purchase of the Desert Inn Resorts & Casino in 2000. The company went public in 2002 in the largest initial capitalization of a gaming entertainment company.
more information
Recent Appointments at Wynn Resorts

Darnell Strom - Member of the Board of Directors

Phil Satre Chairman - Board of Directors

7 November 2018 — Wynn Resorts Limited (NASDAQ: WYNN) today announced that its Board of Directors, at a regular meeting yesterday, unanimously voted Philip G. Satre Chairman of the Board. Satre, an independent director who joined the Board in August 2018 as Vice Chairman, succeeds D.
read more

Matt Maddox - Board of Directors

8 August 2018 — Matt Maddox is CEO of Wynn Resorts, overseeing day-to-day operations and global growth for the most recognized luxury resort brand in the world. Mr. Maddox was one of the Company's first employees in 2002, the year it was founded, serving as Treasurer and Vice President of Investor Relations and responsible for helping to secure the financing to build Wynn Las Vegas.
read more
More from Wynn Resorts
Map
Advertisements
Never miss a story again
Sign up for the HN360 daily newsletter
Media Kit – Submit Content
Advertisement
Advertisements