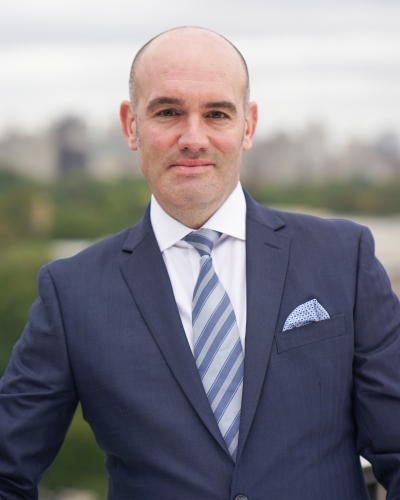 With over 20 years of experience in international luxury hospitality, Mr. Martinez has held leadership positions at some of the most prestigious hotels in the world. He began his career at The Palace Hotel in Madrid, Spain, later moving to The Essex House and Ritz-Carlton Central Park South hotels in New York City and Hotel Maria Cristina in San Sebastián, Spain. His extensive experience includes roles as Hotel Manager at The St. Regis New York and General Manager at The St. Regis Washington D.C. Most recently, he was General Manager at The Ritz-Carlton, D.C.

Mr. Martinez is a graduate of Cornell University, where he received a Masters Certificate in Hospitality Management. Additionally, he holds degrees from New York University and Harvard University's Managing Mentor School. A native of Madrid, Spain, Martinez is fluent in both English and Spanish. A long established leader in luxury hospitality, Martinez has been consistently recognized for his dedication to the highest standards of service, attention to detail and guest satisfaction.

Manuel Martinez (Class of 2017) is a graduate of Cornell | School of Executive and Professional Education in Ithaca, New York - United States
more information
Recent Appointments at The Mark