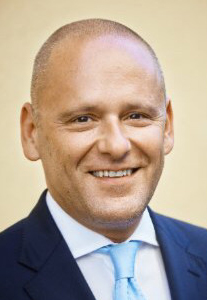 Christian Renz has been appointed to the role of chief commercial officer and will be based in London and oversee the sales, marketing and revenue operations for all hotels in the existing portfolio, including five upcoming openings.

The group wishes to strengthen its corporate functions, drive business and develop a robust platform for their portfolio expansion.

Renz had earlier worked as the senior vice president of sales and revenue management at Rocco Forte Hotels.

He also served at Kempinski Hotels, the Walt Disney Company and Starwood Hotels in Europe and the United States.

Renz holds an MBA from Reims Management School, France and was pleased to be joining Corinthia Hotels at such a key time in its growth.