Appointed Director of Sales and Marketing
At The Peninsula Paris, France 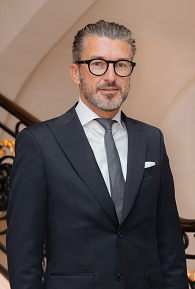 Trained in brand management and marketing, Matthias worked in London and Paris where he held the position of VP Sales & Marketing for The Set Hotels Group. During this time, he was an active member of the Advisory Board of Leading Hotels of the World. Before that, Matthias was Sales & Marketing Director at Dolder Hotel AG in Zurich with his iconic hotel, The Dolder Grand.

23 May 2019 — With more than 34 years' experience in the hospitality industry, Governato's most recent position began in 2015 when he was named Senior General Manager for both the Four Seasons Hotel Milan and the Four Seasons Hotel Tunis - following a brief stint at Rocco Forte Hotels' Hotel de Russie in Rome, which began in early 2014.
read more

25 April 2019 — The Peninsula Chicago is pleased to announce the appointment of Executive Chef Baasim Zafar, a native of England with more than 25 years of experience in restaurants and luxury hotels in the United States, London and Saudi Arabia.
read more
More from Peninsula
Map
Advertisements
Never miss a story again
Sign up for the HN360 daily newsletter
Media Kit – Submit Content
Advertisement
Advertisements