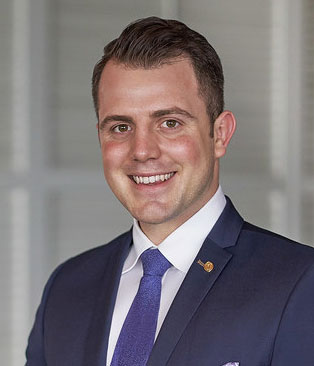 The sixth generation in his family to work in the hospitality industry, Kai literally grew up in hotels (in Hong Kong and overseas), with both his father and other members of his family as hoteliers. It was therefore only natural for him to pursue a career in the hotel business.

While he was born in Hong Kong, he spent part of his childhood in Wiesbaden, near the "Rheingau" wine area, which is world famous for its Riesling wine. Before relocating to Asia, Kai completed a 15-month management programme at a variety of Germany's most famous and grand hotels including Hotel Nassauer Hof in Wiesbaden, Fairmont Vier Jahreszeiten in Hamburg, Park Hotel Bremen, Grand Hotel Heiligendamm in Bad Doberan, and the celebrated Brenner's Park Hotel and Spa in Baden Baden. During this time he gained valuable experience in various departments ranging from purchasing and banquets to fine dining and bars, as well as F&B sales. He also completed a chef apprenticeship at the famous Hotel Nassauer Hof in Wiesbaden.

Kai holds an executive MBA in Hospitality Administration from the world famous Ecole hôtelière de Lausanne and a Bachelor of International Business in Hotel and Tourism Management from Cesar Ritz Colleges in Switzerland.

In his new role, Kai reports directly to Executive Assistant Manager-Food & Beverage Sebastian Gassen and works closely with Senior Assistant Director of Food & Beverage Kenny Chan in overseeing all aspects of InterContinental Hong Kong's acclaimed restaurant and bar operations which include five restaurants (two with Michelin stars) and one of the city's largest hotel banqueting operations.

22 January 2020 — Jennifer Gribble will be responsible for global performance of some of the industry's most iconic and loved brands including Holiday Inn®, Holiday Inn Club Vacations®, Holiday Inn Express®, Candlewood Suites®, Staybridge Suites® and EVEN Hotels® and two of the company's newest brands, avid® hotels and Atwell Suites™.
read more

22 January 2020 — As a nearly 13-year veteran of IHG, Balsley now leads the Loyalty & Partnerships team where she will shape the strategic direction moving forward, applying her extensive industry knowledge and track record of innovation and global scale delivery in her new role.
read more