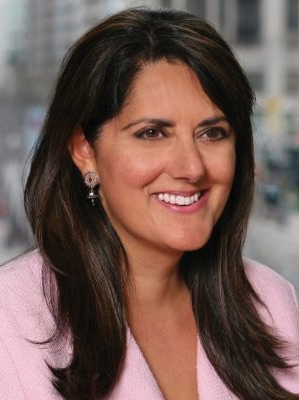 MGM Resorts International (the "Company" or "MGM Resorts") (NYSE:MGM) today announced award-winning diversity, inclusion and sustainability leader Jyoti Chopra as its Senior Vice President, Chief Diversity and Sustainability Officer. Jyoti will be based in Las Vegas and will report directly to President and COO, Bill Hornbuckle. She will also serve as liaison to the Corporate Social Responsibility Committee of the company's Board of Directors.

Chopra joins MGM Resorts with extensive global experience and success in designing pathways for the recruitment, development and retention of diverse workforces; building inclusive cultures; and forming innovative public-private partnerships and philanthropic alliances. She most recently served as Senior Vice President at Pearson Plc., the world's leading education technology and UK FTSE 100 company, where she was a member of the senior leadership team.

Prior to her role at Pearson, Chopra served as Chief Diversity Officer and Managing Director of Global Citizenship and Sustainability for Bank of New York Mellon from 2012-2018, overseeing the company's Corporate Social Responsibility (CSR), philanthropy and social investing areas, while also managing the corporate art collection.

Chopra also served as global leader of communications and public relations at Deloitte Touche Tohmatsu Limited, spearheading Deloitte's first global diversity report in 2011. From 1998-2009, Chopra held roles at Merrill Lynch & Co., including Managing Director, Multicultural and Diversified Business Development. Chopra began her career at the United Nations, and from 1993-1997 she developed an award-winning global media and advocacy campaign on behalf of women and children at the United Nations Children's Fund (UNICEF).

Born and raised in London, Chopra holds a Bachelor of Arts Honors degree with a major in journalism from New York University and completed the Securities Industry Institute at the Wharton School, University of Pennsylvania. She also holds a Master of Business Administration with distinction from the Saïd Business School, University of Oxford. She is a member of the Diversity Advisory Board in North America for Toyota.