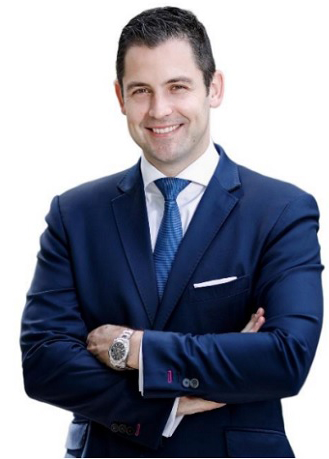 With a wealth of experience in international luxury hotel management for the last 20 years, Vincent Billiard is now the youngest General Manager of a Palace in Paris.

A native of Paris, Vincent Billiard studied at the Ecole Hôtelière de Lausanne before joining the Ritz-Carlton Group in 2003, where he worked for 13 years in various key positions. A course that begins in the United States and then continues in the Cayman Islands and on the Asian continent. He continued success as Hotel Manager in Tokyo, then General Manager in Tianjin, China before joining Bulgari in 2016 where he was in charge of the opening strategy of the first Bulgari Hotel & Residences in Shanghai. Following his last position as General Manager of the St. Regis Hotel in Singapore, Vincent Billiard will be at the Hotel de Crillon as Director General from January 6, 2020.

His international career has allowed him to develop an open mind, a unique expertise in the luxury hotel industry and a high sensitivity allowing him to better understand the expectations of local and international customers. These skills lead him today to lead one of the most famous luxury hotels in the world. His appointment as CEO of the Hotel de Crillon is also in line with the values ​​and philosophy dear to the Rosewood Hotels & Resorts group, which are based on fundamental pillars: family, respect, integrity, commitment and passion.

26 May 2020 — With the appointment of Joanna Gunn as chief brand officer, Rosewood Hotel Group has added strong leadership to the company's brand, marketing and communications team to support its ambitious expansion and growing presence in the global luxury hospitality arena.
read more

7 January 2020 — Paul Li has been named Director of Sales and Marketing at Rosewood Hotel Georgia, Vancouver's renowned luxury hotel. In his new role, Li will serve as a key member of the hotel's leadership team, tasked with overseeing all of the property's sales and marketing efforts, along with developing business strategies that drive overall growth and increase revenue for the 156-room hotel.
read more
More from Rosewood Hotel Group
Map
Advertisements
Never miss a story again
Sign up for the HN360 daily newsletter
Media Kit – Submit Content
Advertisement
Advertisements