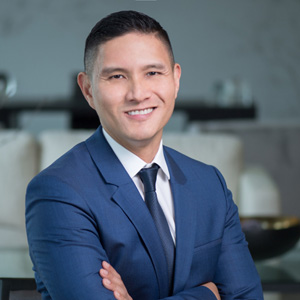 Four Seasons Hotel Toronto announces the appointment of Chad Merced as Hotel Manager. Merced started his career in hospitality with Four Seasons, and the senior leadership in Toronto is delighted to have him as a member of the management team.

Well versed with Four Seasons hospitality, Chad Merced began his career in 2008 in Atlanta as an Assistant Front Office Manager. The role served as a stepping stone to learn from multiple Four Seasons properties through extended Task Force assignments, including in Chicago and New York.

It didn't take Merced long to learn the Four Seasons way working in Vancouver, Denver and Toronto at both the corporate head office and the global flagship in the heart of Yorkville. Merced considers himself fortunate to learn from the best in hospitality throughout his professional journey.

17 January 2020 — Four Seasons Hotel Seoul announces the appointment of Daniele Polito as the new Chef de Cuisine at the Hotel's stylish Italian restaurant Boccalino, where he will oversee and lead the culinary operations.
read more

16 January 2020 — Four Seasons Hotel Hangzhou at West Lake has announced the appointment of Chu Yuet Hung as Director of Food and Beverage. Chu will lead and oversee all the daily operations and management of the Hotel's two distinct dining restaurants, together with its sizeable banquet operations.
read more