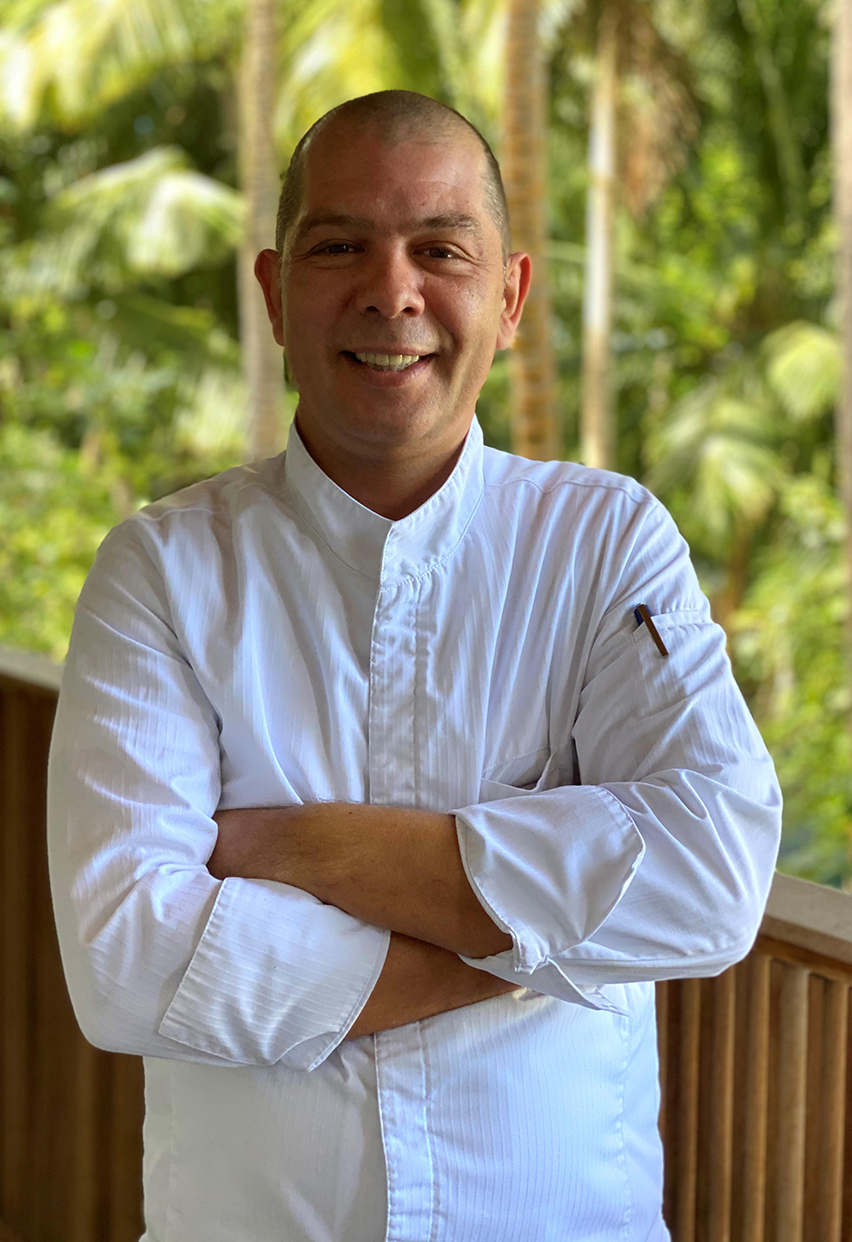 Executive Chef Jocelyn Argaud has over 25 years of experience in the culinary industry, which began in Michelin-starred restaurants in Paris, including Hotel Four Seasons George V, Hotel Meurice, Hotel Scribe, and Hotel Crillon, among others. Following his time in Paris, Jocelyn spent a year in St. Petersburg, Russia with the Concord Company, reporting to the Executive Chef and was responsible for a team of 24 permanent and up to 150 casual chefs. He then became the French and International Specialty Chef at Al Wajbah Palace, The Royal Family Palace, in Doha. Jocelyn then served as Chef de Cuisine at One & Only Royal Mirage Residences and Spa in Dubai, followed by positions as Executive Sous Chef at Four Seasons Kuda Huraa Resort and Four Seasons Bali at Sayan in Indonesia. Succeeding these positions, Jocelyn served as the Executive Chef for Intercontinental Jakarta Midplaza. Most recently, he held the position of Executive Chef at the Jumeirah Royal Saray where he successfully launched two new restaurant concepts. Jocelyn's impressive and diverse background, unmatched creativity, and impeccable attention to detail have led him to his current position as Executive Chef at The St. Regis Maldives Vommuli Resort.

21 February 2020 — Marian Wilson brings more than a decade worth of hospitality industry knowledge to her new role as executive director of sales and marketing at Hotel Drover. She will lead the sales team to nurture genuine connections with the guests and drive sales goals.
read more

21 February 2020 — In her role as director of revenue management, Yearout will lead the team in financial planning in collaboration with the vice president, general manager and director of sales and marketing. She brings a passion for "crunching numbers" and years of experience in hospitality financial work at Hilton Revenue Management Consolidated Center.
read more