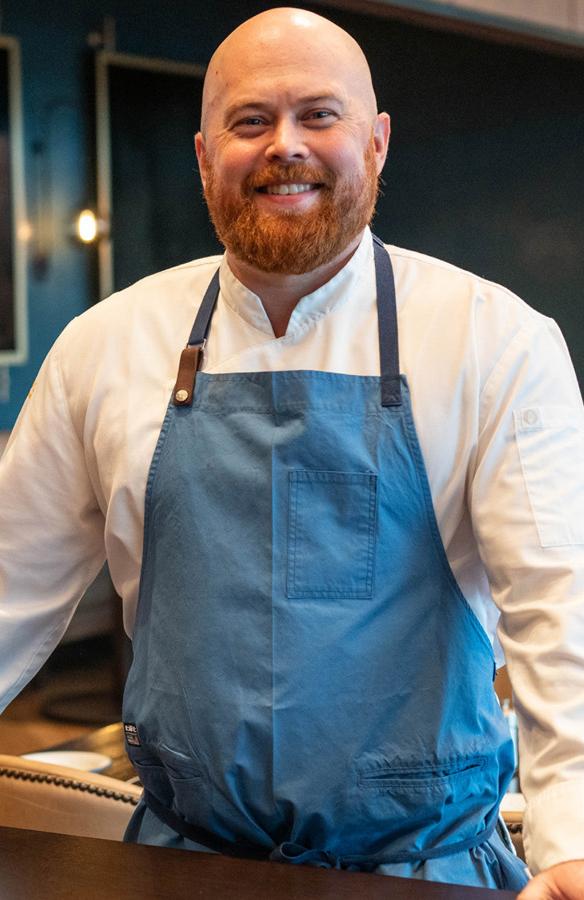 From a small organic farm in Illinois to some of the most well-known kitchens in the country, Josh Adams' passion for adventure and regard for locally sourced ingredients has led him to Cinder House at Four Seasons Hotel St. Louis, as the newly appointed Chef de Cuisine.

Culinary school was not the first stop for Adams, at the age of twenty-three; this budding comic book artist completely switched professions and enrolled in Central College and French Culinary Institute after experiencing a chef's table at Charlie Trotter's in Chicago. "I quickly realised that every dish told a story, from the selection of ingredients to the preparation and visual display - I was immediately hooked," says Adams. After accepting an offer to return and stage in the kitchen with Mathias Merges, Adams interest in culinary arts only grew with hands-on training while attending culinary school.

Born and raised in the small town of Princeville, Illinois, Adams grew up on a 150-acre (60 hectare) farm, located about 30 minutes outside of Peoria. The remote location and abundance of fresh ingredients lead to a discerning palate that has served him well in his career. "I believe a great dish starts with fresh produce, flavour mapping and then works in seafood and other proteins," says Adams. Working his way up the ladder through kitchens in New York and the Midwest, Josh credits time at Vie in Western Springs, Illinois, as formative training for running his own kitchen.

Adams put his skills to the test when he moved home and opened his own restaurant, June. Recognised on OAD's top 100 US restaurants as well as highlighted in the Wall Street Journal's Best New Restaurant in the Midwest - Josh quickly made a name for himself. With an abundance of accomplishments, he was recognised as Food & Wine's People's Best New Chef 2013, as well as a two-time James Beard Award semi-finalist.