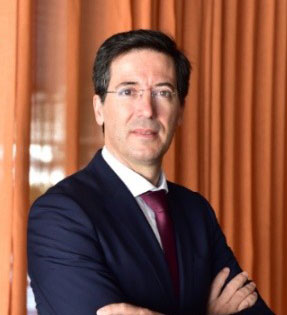 José Carlos has over 20 years of hospitality experience, the last seven of which have been with Pestana Hotel Group. Having worked at a variety Pestana's properties, José Carlos has a deep knowledge in three of the four of the hotel group's sub brands - Pestana Hotels and Resorts, Pestana Collection Hotels and Pestana CR7 Lifestyle Hotels - widening his understanding of its various operations. Prior to joining Pestana Park Avenue, he served as Hotel Manager of Pestana Cidadela de Cascais & Art District Hotel in Cascais, Portugal. A five-star hotel and one of the first in Europe to have an Art District on site, the property is part of the Pestana Collection Hotels sub brand, which is a series of monumental and historical hotels in Portugal and abroad that celebrates luxury and tradition. José Carlos has also worked as the Hotel Manager for Pestana Casino Park Hotel, the group's largest hotel in Madeira, designed by world-renowned architect Óscar Niemeyer. José Carlos also served as the Hotel Manager for Pestana CR7 Lifestyle Hotel in Madeira, the hotel group's first property that launched the CR7 lifestyle brand in partnership with Cristiano Ronaldo. He has also worked as the Unit Manager for Pestana D. João II Villas & Beach Resort located in Alvor, Portugal, an award-winning four-star hotel that is part of the Pestana Hotels & Resorts sub brand. In his role as General Manager of Pestana Park Avenue, José Carlos will manage all aspects of the pre-opening phase of the hotel and will be responsible for overseeing daily property operations once open.

Pestana is Portugal's largest international tourism and leisure group, ranking 25th in Europe and the only Portuguese hotel group to be featured in the Corporate 300 listings by Hotels magazine in North America.
more information
Recent Appointments at Pestana Hotel Group