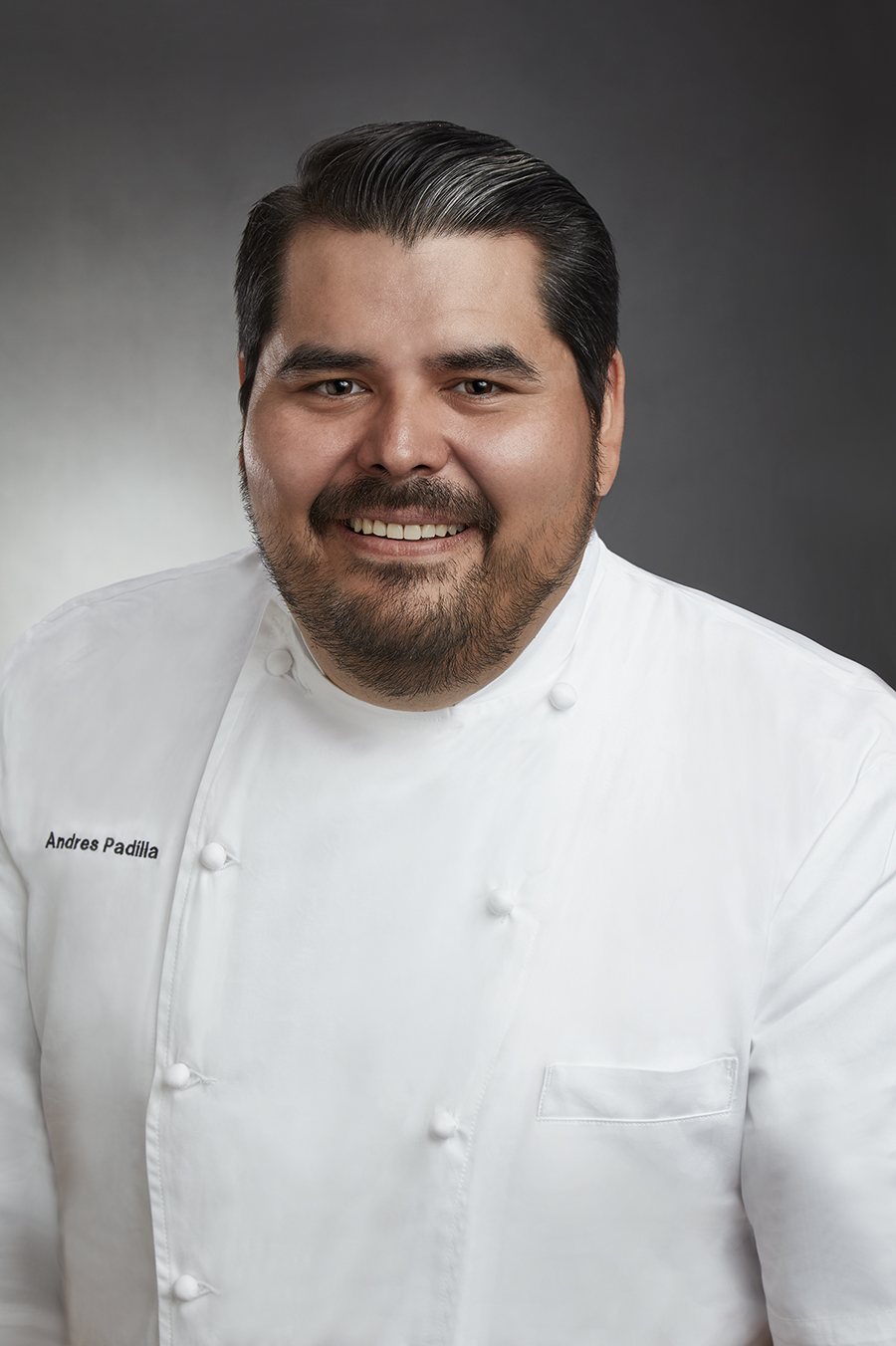 Padilla brings 15 years of culinary expertise to The Plaza Hotel Pioneer Park and an extensive knowledge of the nuances of regional Mexican cuisine as a result of his travels and teaching experiences. His culinary philosophy is guided by the desire to educate his guests about sustainable sourcing, history and heritage through food. The menu for Ámbar will be comprised of centuries-old Mexican recipes with a regionally driven twist and will make a conscious effort to support the boutique, family-run farms and makers in Mexico.

Hailing from Chicago, Padilla boasts an impressive culinary pedigree with notable highlights including his role as culinary director for Frontera Restaurants, celebrated Chef Rick Bayless' culinary group. In this role, he held positions as chef de cuisine at popular Chicago outposts including Leña Brava, Cruz Blanca, and Topolobampo. Prior to that, he worked at Chicago's De la Costa for Chef Douglas Rodriguez and as sous chef at Scottsdale, Ariz. concepts Fiamma and Asia de Cuba.

In addition to various positions in celebrated kitchens, Padilla has also been the recipient of many notable culinary awards throughout his career. While at Topolobampo, he received and maintained a Michelin Star (2011); was nominated for Best Chef de Cuisine (2013) and received the Chicago Tribune's Dining Award (2015). In 2016, he was awarded the Instituto del Progresso Latino Alta Cocina Award and in 2017, Topolobampo was the winner of the James Beard Foundation Outstanding Restaurant.

Chef Padilla received a bachelor's degree in Hotel, Restaurant, and Tourism Management from New Mexico State University and an associate's degree in Culinary Arts from the Scottsdale Culinary Institute.

22 March 2019 — The Whitney, a new luxury boutique hotel slated to open spring 2019 in Boston's Beacon Hill neighborhood, recently announced the appointment of Marina Aslanidou as the property's general manager. With over 10 years of experience as a hospitality management professional, Marina will oversee the hotel's daily operations upon its opening this spring, helping to establish The Whitney Hotel as a coveted destination for both leisure travelers and Boston locals.
read more