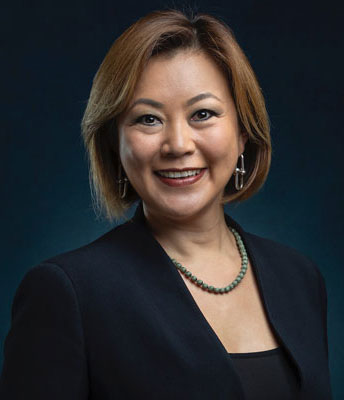 Veteran hotelier Chikako Shimizu has been appointed general manager of Andaz Macau, which is set to open in 1H2021.

In her new role, Shimizu will serve as brand ambassador to bring the lifestyle hotel's culture to life. She will also proactively promote the Andaz philosophy of providing each guest with an authentic local experience.

With more than 25 years of experience in hospitality leadership positions around the world, Shimizu most recently served as director of operations at Andaz Singapore where she was involved in the hotel's successful opening.

13 November 2020 — Shobhit Sawhney has been appointed the new General Manager of Park Hyatt Hyderabad - one of the most luxurious 5-star hotels in the City of Nizams. A seasoned hotelier with a career spanning over 20 enriching years across various brands in India and overseas, Shobhit was earlier handling the role of General Manager at Hyatt Regency Pune.
read more

12 November 2020 — Hyatt Regency Phnom Penh has announced the appointment of seasoned culinary professional Richard Bias as the hotel's new executive chef. The British national has worked in some of the world's top kitchens and hotels and brings more than two decades of culinary experience to Hyatt's first property in the Cambodian capital.
read more

10 November 2020 — A hotelier with over 25 years of experience joins the hotel from Hyatt's regional office in Zurich where he held the position of Regional Vice President, Hotel Openings. During the 4 years in the role, he oversaw the openings of several key hotels including the Grand Hyatt Abu Dhabi, Hyatt Regency Addis Ababa, Andaz Vienna, Andaz Munich, Great Scotland Yard Hotel London, Park Hyatt Doha, rebranding of the Hotel du Palais in Biarritz and many more.
read more
More from Hyatt
Map
Advertisements
Never miss a story again
Sign up for the HN360 daily newsletter
Media Kit – Submit Content
Advertisement
Advertisements