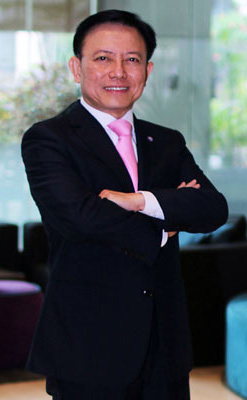 In his new role, Lim will be responsible for overseeing the hotel's business performance and spearheading key initiatives.

The hospitality veteran brings with him over three decades of experience in hotel and apartment operations, product innovation, portfolio expansion, talent development and owner relations.

His previous stints include roles at several international hotel chains including Sheraton, Hilton, Regent, Shangri-La, Crowne Plaza; and serviced apartment brands such as the Ascott and Oakwood; in countries like China, Japan, South Korea, Myanmar, the Philippines, Thailand and Singapore.

Based in Australia, StayWell Hospitality Group (SWHG) is one of the largest independently owned hotel management groups in the Asia Pacific. SWHG has a network of 34 properties in the Asia Pacific Region with locations including Sydney, Melbourne, Brisbane, Cairns, Townsville, Hobart, Launceston and international hotels in Singapore, Dubai, Indonesia, India and New Zealand with hotels in India, UK and China currently in development.
more information
Recent Appointments at StayWell

16 October 2018 — In his new capacity, to which he brings over 18 years of extensive expertise in financial and operation management in the tourism industry, Speedie will be responsible for StayWell Hospitality Group's overall financial operations in the Middle East, as well as directing strategic investments for the company.
read more