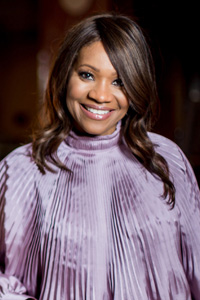 Four Seasons Resort Nevis, the award-winning Resort consistently ranked by travellers and travel experts as one of the top resorts in the Caribbean, has named Four Seasons Hotels and Resorts Regional Vice President Yvette Thomas-Henry as its newest General Manager, effective January 2, 2020. Born in St. Thomas, USVI and raised in St. Croix, Thomas-Henry is returning home to the region, becoming the first Caribbean native to serve in the top position in Nevis or any other Four Seasons property in the Caribbean. In addition to her role in Nevis overseeing a property that recently completed a multi-year, multi-million dollar enhancement project, Thomas-Henry is also responsible for the operational oversight of several properties, including two Caribbean resorts.

Encouraged by her mother - who was born and raised on Nevis' sister island of St. Kitts, where Thomas-Henry also attended primary school - she always strived to be the best at whatever she did. After earning her Bachelor of Arts from Pace University, Thomas-Henry went on to receive a Master of Science from Audrey Cohen College in New York. Throughout her career, Thomas-Henry has developed a sharp eye for detail, a dedication to giving back to the community and a focus on women in leadership. During her tenure in Atlanta, the Hotel has continued to thrive as the only AAA Five-Diamond and Forbes Five-Star hotel in the city - an accolade it has held since opening in 1997.