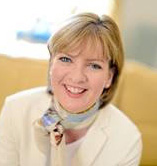 Jumeirah Group is delighted to announce the appointment of Paula McColgan as Director of Sales & Marketing at The Carlton Tower Jumeirah and Jumeirah Lowndes Hotel, London. With 25 years experience in global luxury hotel sales and marketing, Paula will bring an unparalled combination of sales and marketing expertise together with a natural ability to recruit, motivate and nurture a dynamic team.

Paula most recently headed up the Sales & Marketing team at Kimpton Fitzroy London, overseeing the launch in April 2018. From 2004 - 2016 she was Director of Sales & Marketing at The Lanesborough, repositioning and relaunching the hotel in 2015 under the hotel's new management company, Oetker Collection. Other hotel groups Paula has worked for during her impressive career include: Mandarin Oriental Hotel Group, St Regis Hotels & Resorts and Forte Hotels & Resorts.

With her wealth of experience within the luxury hotel industry, Paula returns to London from Malta to drive the highly anticipated reopening of The Carlton Tower Jumeirah in Spring 2020.