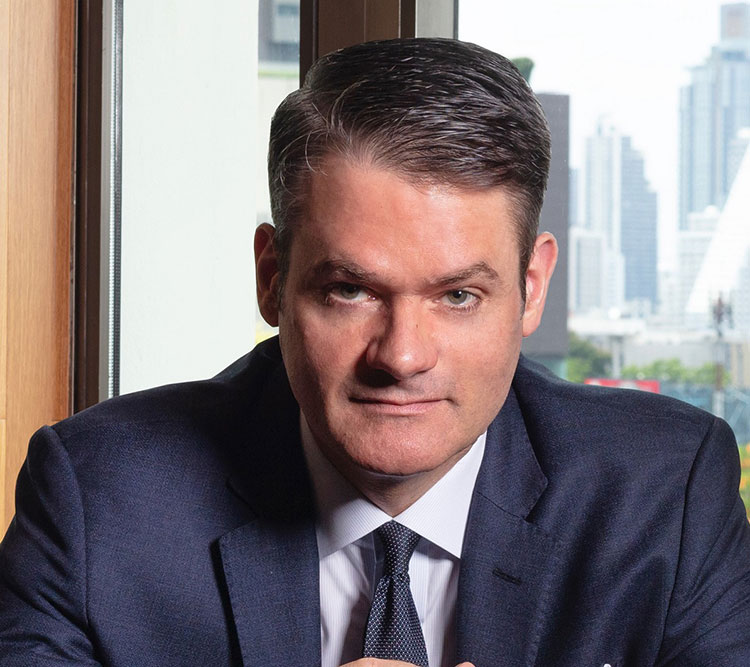 Thomas is a seasoned professional in hospitality industry, with more than 25 years of experience from various renowned hotels all over the world. He spent more than 10 years with the Shangri-La hotel group before joining the Sukhothai family, during which he accumulated extensive experience in Asia Pacific, working in different locations including Bangkok, Shanghai, Singapore, Hong Kong and Beijing. Thomas started his hospitality career in Europe, and played a key role in the grand opening of the legendary 5-star Hotel Adlon Kempinski in Berlin.

As a veteran hotelier, Thomas believes in motivating and training staff in order to offer unparalleled service demanded by today's discerning customers. In his new role, Thomas will oversee the full operation and service delivery of The Sukhothai Shanghai and spearhead the brand expansion of the group.

19 October 2020 — Alexander Christian Schillinger has been appointed general manager of The Sukhothai Bangkok. Schillinger first joined the hotel as an executive assistant manager in 2016, where he was responsible for F&B as well as the hotel's overall operations.
read more

10 May 2019 — Currently serving as the Director of Food and Beverages at The Sukhothai Shanghai, Cedric Simon is responsible for the hotel's food and beverage management, campaigns and operations to ensure quality and consistency of guest experiences.
read more