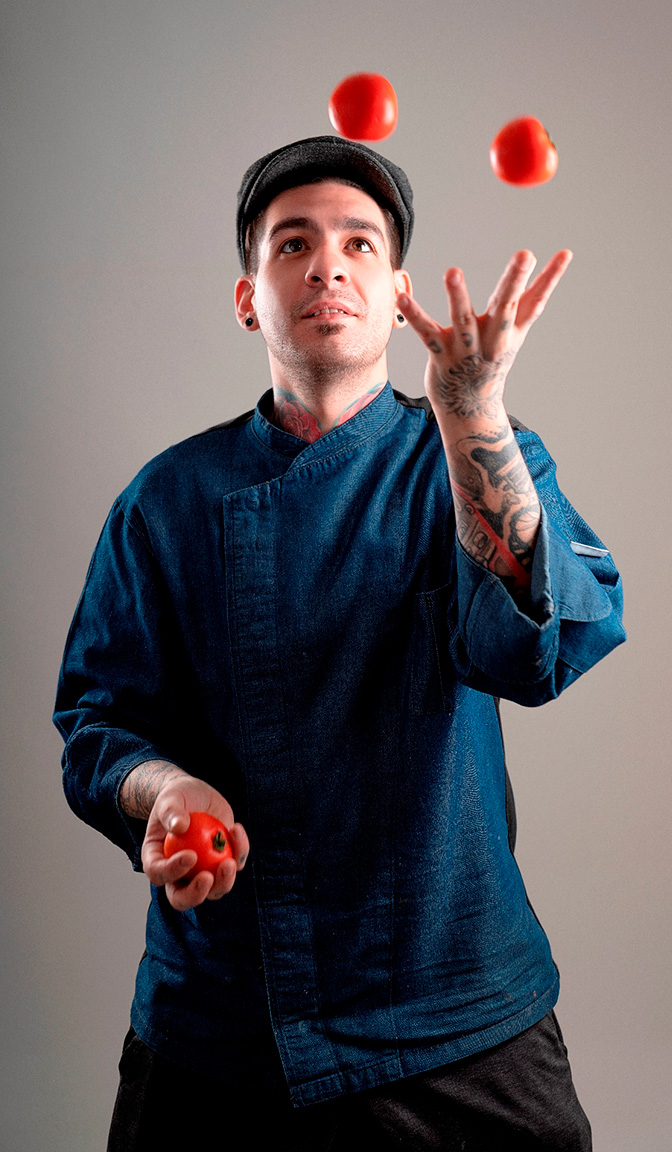 A skilled professional recognised for his comprehensive knowledge of international cuisine and specialisation in Italian food, Chef Jacopo Avigo, who hails from the Pianura Padana region of Lombardy in Italy, has joined JW Marriott Chandigarh as its Italian Chef de Cuisine. Having a rich experience of 12 years in managing fine dining, Chef Avigo is known for refining the art of cooking, developing impressive menus and preparing culinary dishes influenced by culturally diverse regions around the globe.

In his new role, Chef Avigo has been entrusted with heading the operations of Oregano, the iconic Italian speciality restaurant at JW Marriott Chandigarh. His first task will be to oversee the relaunch of Oregano in an all-new avatar, encompassing a new décor and an entirely new menu curated by him.

An expert in Italian cuisine, Chef Avigo has been on a very interesting journey in the world of flavours, something which reflects in his preparations. From cooking at home for his family at the tender age of eight to working at a restaurant as a 15-year-old, Chef Avigo is a well-travelled culinary enthusiast who had left home at the age of 18 in search of enriching experiences. Prior to joining JW Marriott Chandigarh, Chef Avigo worked in properties like Marriott Suites at Pune in India and in various other countries, including Germany, England and Spain as well as different locations within Italy. While always carrying Italian culinary traditions close to his heart, he also embraced the culture of other places with an open mind. This vast exposure has helped define his culinary approach, enabling him to design the new menu of Oregano that offers both Traditional and Modern Italian Cuisine.

Abiding by the philosophy of Respect for Ingredients, Chef Avigo, who practices the concept of zero-waste cooking, believes that respect and care for ingredients is the secret recipe for an unforgettable culinary experience. At the same time, this savvy Italian culinary maestro loves to experiment with concepts like molecular gastronomy and spherification.

Besides being a culinary artist, Chef Avigo is equally adept in supervising all aspects of kitchen management, including monitoring food production and aesthetic presentation of food & beverages, given his in-depth understanding of health, safety and sanitation. He also knows the nuances of quality management systems, food safety management systems and HACCP.

Backed by an iconic brand like Marriott International and the appeal of the region's pioneering hospitality destination, JW Marriott Chandigarh, Chef Avigo is all set to rekindle the region's romance with Oregano, North India's much loved Italian speciality restaurant.

21 February 2020 — Marian Wilson brings more than a decade worth of hospitality industry knowledge to her new role as executive director of sales and marketing at Hotel Drover. She will lead the sales team to nurture genuine connections with the guests and drive sales goals.
read more

21 February 2020 — In her role as director of revenue management, Yearout will lead the team in financial planning in collaboration with the vice president, general manager and director of sales and marketing. She brings a passion for "crunching numbers" and years of experience in hospitality financial work at Hilton Revenue Management Consolidated Center.
read more