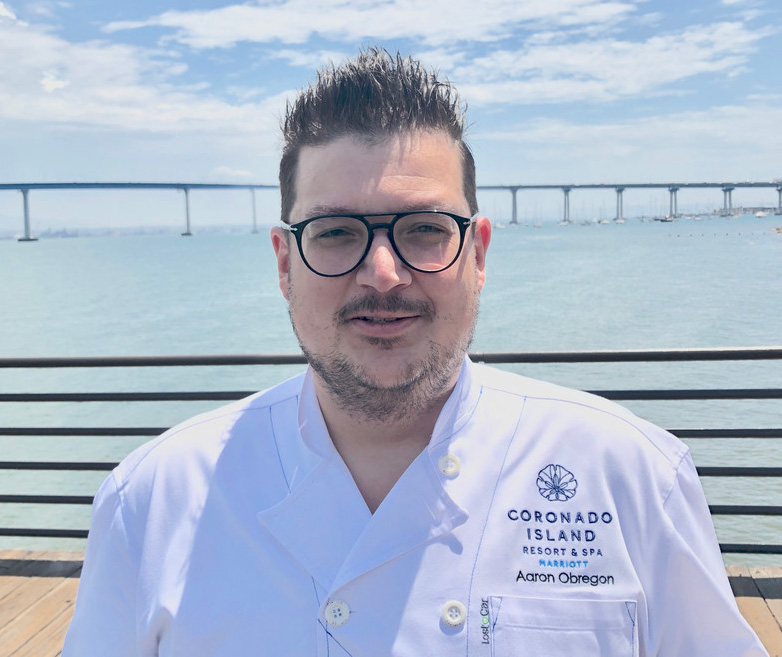 Originally from Mexico City, Executive Chef Obregon began his professional culinary journey in Los Angeles as a student in Le Cordon Bleu College of Culinary Arts, where he translated his passion for the history of Mexican cuisine and love for his home city into his food, as he perfected his craft.

Before coming to Inn at Mission San Juan Capistrano, Obregon was chef de partie of BIKO in Mexico City, one of the world's top 50 restaurants alongside renowned chefs Mikel Alonso and Bruno Oteiza, as well as opened his own seafood restaurant with fellow chefs. After moving to San Diego, he was chosen to lead the Bohemian lifestyle restaurant, ALBACA at Coronado Island Marriott & Spa. As a rare vegan chef, his experiences in both Mexico City and San Diego allowed him to cultivate his expertise and become a storyteller for Mexican and Spanish cuisine, creating memories and bringing joy with local and sustainable ingredients to all that experience his food.

With a thirst for more knowledge of Spanish culture and cuisine, Chef Obregon traveled to Spain to study from the source, leading him now to bring his talent and findings to Inn at the Mission San Juan Capistrano and taking lead on various new culinary concepts set to launch this spring, including Ysidora, a classic Spanish-influenced dining restaurant with a modern twist, and Café Real, a coffee house that will feature La Colombe specialty coffee's, Spanish-style tapas and Cava tastings. Encompassing Chef Obregon's love for his Hispanic roots and locally sourced produce, guests will experience unique cuisine, distinctive cocktails and wine.