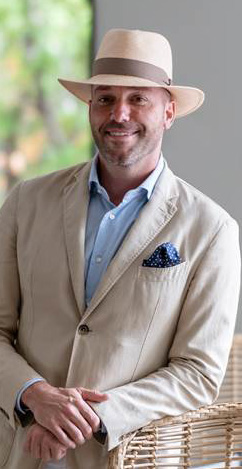 Spanish-born Ernesto Osuna has taken charge of the opening of the 159-room and 31-suite luxury resort overlooking Choeng Mon Beach, on Koh Samui's north-eastern coastline in the Gulf of Thailand.

He also oversaw the 2015 opening of Meliá Danang in Vietnam after he was the general manager of Meliá Buenavista in Cuba.

Mr Osuna began his hospitality career at the Ritz Hotel in Madrid in 1997 as a room service operator, waiter and then restaurant supervisor. He swiftly rose through the ranks and was appointed to hotel manager and general manager positions at numerous five-star resorts under the likes of Starwood Hotels & Resorts, Westin Hotels & Resorts and The Excellence Collection.

14 September 2020 — Meliá Hotels International has named Christian Lueke as the cluster director of sales and marketing (DOSM) for its first two properties in Thailand. In his new role, Lueke will oversee sales and marketing at Meliá Koh Samui, which opened in January this year; as well as Meliá Chiang Mai, slated to open early next year in the kingdom's mountainous north.
read more