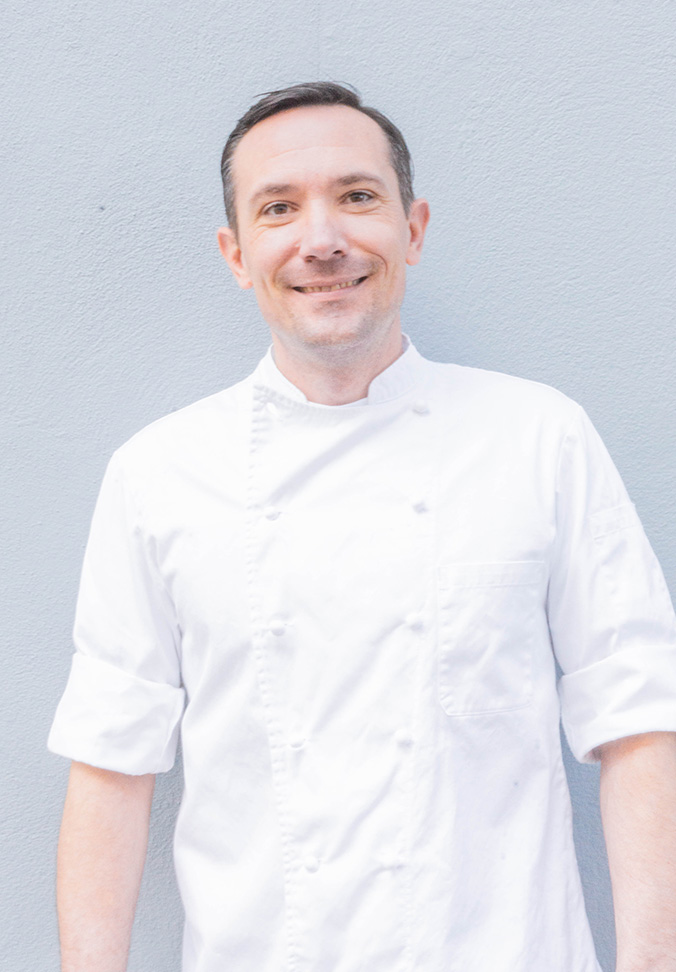 Tim fell in love with working behind a busy kitchen at the age of 16. As a native Minnesotan who has called Charleston his home for the past five years, he has developed an appreciation for hospitality, creating special moments for guests in an atmosphere that will make you feel at home.

Tim earned his 20-year skillset by working with Forbes Five Star rated hotels and restaurants. Most recently, he led the opening of Mercantile and Mash in Charleston as executive chef. Before the Lowcountry, he was the executive sous chef at The Umstead Hotel and Spa in Raleigh under the leadership of Steven Greene and previously Scott Crawford. Prior to that, he spent time as chef tournant of Chicago's famed Alinea restaurant. His dynamic background being mentored by some of the most notable chefs has shaped his vision as he steps into his role with Emeline.

As the Executive Chef at Emeline, Tim will demonstrate his belief in the art of seasonal cooking, highlighting regional Charleston ingredients into Emeline's restaurant and bar program.

He is a graduate of the College of Coastal Georgia where he was accredited by the American Culinary Federation through its Culinary Apprentice Program at Sea Island Resort.

Designed from the ground up to create truly independent hotel, restaurant, and retail brands with individual points of view, Makeready is a different kind of hotel operator, one that provides an opportunity for travelers to connect to the world around them, city by city and person by person.
more information
Recent Appointments at Makeready

4 March 2020 — Kara began her career in hospitality nearly 23 years ago as she took on various fine dining and bartending jobs to support her passion for ballet and art classes in college. Along the way, she developed an appreciation for the nuance of flavor and by using her design background, she has been able to provide oversight for crafting a choreographed experience that makes a space feel comfortable and the experience unforgettable.
read more

16 December 2019 — With 20 years of sales, marketing and project management experience, Shannon Hartman is no stranger to the hospitality business in Charleston. Born and raised in South Carolina, she has a deep appreciation for the coastal city and its culinary, art and history scene.
read more
More from Makeready
Map
Advertisements
Never miss a story again
Sign up for the HN360 daily newsletter
Media Kit – Submit Content
Advertisement
Advertisements