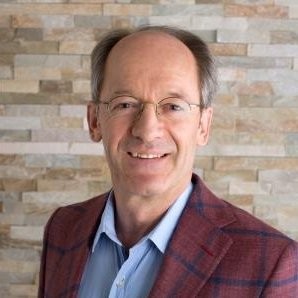 Swiss national, born in Berne in 1958, after graduating from the École Hôtelière de Lausanne and a brief experience in Switzerland, Dominique Nicolas Godat undertook at once an international career, alternating jobs at the Dubai International Hotel, the Plaza Athénée and the Pierre in New York with homecomings at the Beau-Rivage Palace in Lausanne and Le Mirador in Vevey, where he held increasingly important positions culminating in the appointment to General Manager of the Kulm Hotel St. Moritz, which he managed from 2002 to 2013.

Finally, in 2013, he was called to direct the Metropol Moscow, a historic luxury hotel, located in front of the famous Bolshoi Theater, with 390 rooms and suites, 12 meeting/banquet rooms, restaurants, Bar and Spa facility. The mandate included the hotel operation and simultaneously the planning/supervision of the imposing restoration works, the repositioning on the market and the introduction of new quality standards. Godat is also responsible for the Petroff Palace Boutique Hotel (one of the residences of Empress Catherine II the Great) and for the planning of Roza Rossa, a residential complex that includes 95 hotel rooms and 120 apartmentsSince 1905, the year of its inauguration, the Metropol has been the favourite meeting point of the crème de la crème of Russian society, which enjoyed the "dolce vita" beneath its monumental glass dome. In later times, however, the hotel remained the place where the heads of state of the communist world gathered. Dark times followed for the hotel, until it was bought by a Russian oligarch who had only one imperative: to restore it to its maximum splendor with a Swiss management that would bring together an efficient team and develop an appropriate strategy. "It was not easy - admits Godat - from 2014 to 2016 one crisis was followed by the next one and we had to fight and work hard for our economic survival. But in the end the success was possible thanks to the dedication and excellent work of my all-Russian team who deserves my great appreciation: together we made this wonderful union between the Russian soul and the Asian and European cultures ". This hotel is so fascinating that it is the setting for a historical novel, "A Gentleman in Moscow", written in 2016 by Amor Towles, in which the protagonist is a Russian aristocrat condemned in 1922 precisely for his social class to spend the rest of his life at the Hotel Metropol. 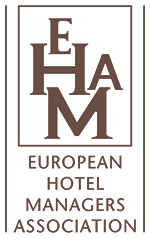 9 June 2021 — In 2019 Warsaw Airports recorded a traffic of 22 million passengers. In recent years Warsaw has grown a reputation as a major business and leisure destination in Europe. The Polonia Palace Hotel is one of the landmark hotels in Warsaw - it dates back to 1913 and was thoroughly renovated in 2004-2005 accommodating more than 100,000 guests every year.
read more