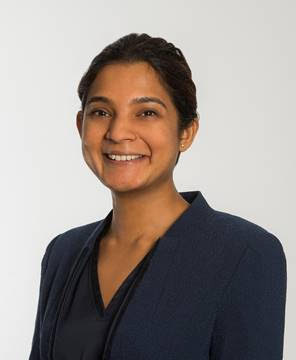 With more than 13 years of legal experience and expertise, Nisha graduated with a Bachelor of Law Degree (First Class) from the University Law College at Bangalore University in 2007, and went on to enroll as an Advocate with the Karnataka State Bar Council in the same year. In 2016, she qualified as a Solicitor of England and Wales.

Throughout her career as a legal advisor, Nisha has concluded multiple major deals, including mergers, joint ventures, asset sales, private equity transactions and more. Since 2011, she has worked with companies in Singapore, most recently as Senior Legal Counsel for Parkway Pantai Ltd.

In the hospitality industry, she has been involved with numerous projects involving some of the world's leading hotel groups, such as Marriott International, Hilton Worldwide and InterContinental Hotels Group (IHG), including management agreements, cross-border joint ventures and licensing contracts in Singapore, Indonesia, India and Thailand.

As General Counsel at Radisson Hotel Group, Nisha will be responsible for all legal matters and issues of corporate governance in Asia Pacific. This will include advising on investment and development projects, handling real estate and hotel management matters, including leases, local regulatory framework and permits, and managing all areas of employment law.