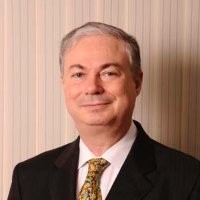 Eric Hallin brings more than 40 years of international hospitality experience to his new role as general manager at Six Senses Con Dao. His management expertise has contributed to the success of many properties, including Six Senses Samui in Thailand, voted "Best Hotel in the World" by Condé Nast Traveller readers in 2008.

Eric's arrival on the pristine island of Con Dao brings a fresh breeze to the resort and its hosts, sharing his working philosophy that a general manager is only as good as his ability to inspire, motivate and empower his team. He also attaches importance to community issues and local business development, having held many leading positions in PATA, chambers of commerce and Skål. Growing up in Africa and Europe, Eric attended the Universities of Malawi and Stockholm before joining the travel industry. Fluent in several languages, his career has spanned an impressive list of countries, including France, Greece, Maldives, Spain and Thailand.

11 August 2020 — InterContinental Hotels Group ("IHG") [LON:IHG, NYSE:IHG (ADRs)] today announces that Graham Allan is to be appointed as an Independent Non-Executive Director of IHG. He will join the IHG Board with effect from 1 September 2020.
read more

16 July 2020 — A native Texan, Murray brings over three decades of hospitality experience in the local market to his new role as general manager of the Kimpton Pittman Hotel. As general manager, Murray leads day-to-day operations of the hotel and oversees the creation of curated guest experiences suited to the level of hospitality the Kimpton brand is known for.
read more

8 July 2020 — InterContinental Hotels Group (IHG), one of the world's leading hotel companies, has today announced the appointment of Wayne Hoare as Chief Human Resources Officer (CHRO). Wayne will join the business on 14 September and will become a member of IHG's Executive Committee, replacing Ranjay Radhakrishnan who stepped down from the role in February this year.
read more
More from IHG
Map
Advertisements
Never miss a story again
Sign up for the HN360 daily newsletter
Media Kit – Submit Content
Advertisement
Advertisements