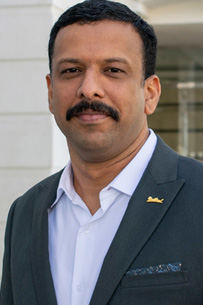 Shaju Kozhiparambil has been named as Radisson Blu Hotel, Ajman's new chief engineer, using his 19 years of experience in the senior position.

Kozhiparambil joins the hotel after a four year stint at Aloft Al Ain as assistant chief engineer. He first started engineering with Hilton Salalah Resort before moving to Salalah Marriott Resort in 2010. In 2017 was when he joined the team in Al Ain.