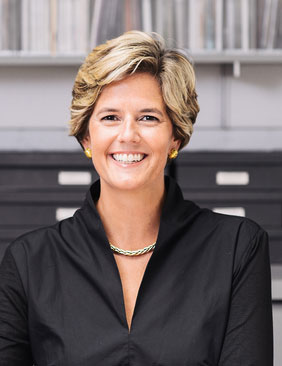 The move follows Craig Greenberg's decision to step down as president and CEO of the brand. A member of the founding team that opened the brand's flagship property in Louisville in 2006, Greenberg has led the company through its growth to 11 hotels currently open or under development around the country, and oversaw the brand's 2018 acquisition by Accor.

Robbins will retain her COO title as the leader of the 21c brand, which will now forego a CEO under its relationship with Accor. Robbins is joined on 21c's senior leadership team by founding partners Molly Swyers as chief brand officer and Alice Gray Sites as chief curator and museum director, with oversight by Heather McCrory, CEO, Accor North & Central America.Greenberg has been working closely with Robbins, McCrory and the leadership team to ensure a smooth transition, according to the company.

As leader for the 21c brand, Robbins will have strategic oversight for 21c's corporate headquarters, nine properties and new development projects under the 21c brand. Her expanded responsibilities include sales and marketing, brand management and accounting, while she will also continue to lead the group's operations, food-and-beverage and human resources. Robbins previously held roles with the group as chief hospitality officer and SVP operations. Before joining 21c, she served as project director for Myriad Restaurant Group, providing F&B management and operational consulting for clients such as Starwood Hotels, Interstate Hotels and Sage Hospitality.

Robbins will work alongside Swyers, Stites and the other members of the 21c team to forward the brand's vision combining multivenue contemporary art museum, boutique hotels and restaurants. The brand opened the 21c Museum Hotel Chicago earlier this year, with additional properties slated to open in St. Louis in 2021 and Des Moines, Iowa, in 2022.

Sarah Robbins (Class of 1995) is a graduate of School of Hotel Administration at the Cornell SC Johnson College of Business in Ithaca, New York - United States
more information