Appointed Board of Directors
At Kerzner International Limited in Dubai, United Arab Emirates 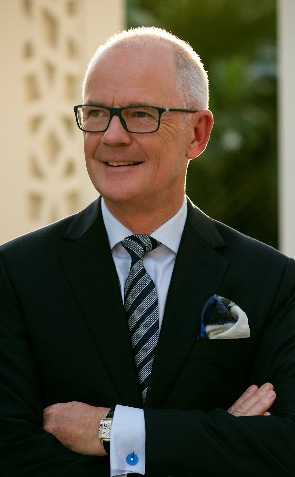 Kerzner International Holdings Limited (the "Company"), the owner of the iconic Atlantis Resort and Residences and ultra-luxury One&Only Resorts brands worldwide, today announced a restructure of its strategic leadership team. Michael Wale, who has held the role of Chief Executive Officer since February 2018, has been invited to join the Board of Directors of Kerzner International.

Michael made a significant impact in the time he led the business, including further strategic expansion and success of the current portfolio, continued innovation and improving colleague engagement. During Michael's tenure, he introduced new resorts that truly redefine each destination, opening two unique resorts in Rwanda, One&Only Nyungwe House and One&Only Gorilla's Nest, and Atlantis Sanya, China. He accelerated growth by introducing One&Only Private Homes at exclusive destinations around the world and signed another five confirmed resorts in the pipeline. Michael also ensured the success of the existing portfolio, with Kerzner resorts leading in RGI and ADR against their competitive sets. With a focus on technology, the Company introduced new websites for all brands, developed the Kerzner Integrated Platform to streamline connectivity with our travel partners, as well as developing an advanced guest profiling system. Michael's leadership has always included a major focus on talent development and at Kerzner, he improved colleague engagement for the Company and built a thriving culture of continued development for the leaders of the future.