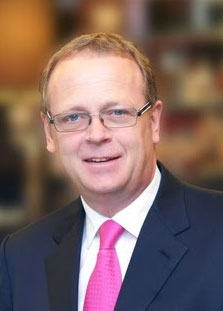 Michael Kain has been appointed to the position of General Manager at the Steigenberger Bad Homburg and will take up his new duties on 01. August. Mr. Kain has held a number of leadership roles at Steigenberger Hotels AG during more than 35 years with the company. The renovation and repositioning programmes carried out at the Steigenberger Parkhotel and the Steigenberger Grandhotel & Spa Petersberg are just two of the tasks he has successfully managed. After ten years, he is now returning to Bad Homburg. "Michael Kain is an excellent hotel manager and the perfect choice for this particular location," said Thomas Willms, CEO of Deutsche Hospitality. "He has gained a wealth of experience in the luxury hotel segment which he will now be able to put to good use for the Steigenberger Hotel Bad Homburg." Mr. Kain was also named Hotel Manager of the Year for 2020 by Trebing-Lecost, a publishing house which specialises in hotel guides.

His predecessor Albert Mayr is leaving the company at his own request in order to seek new challenges outside the hotel sector. Mr. Mayr had worked for Steigenberger Hotels AG since 2009 and spent the last three of these years as General Manager of the Steigenberger Hotel Bad Homburg. “We regret Mr. Mayr’s decision, but would like to take this opportunity to offer him our heartfelt thanks for the highly effective cooperation we have enjoyed over such a long period of time,” stated Thomas Willms, CEO of Deutsche Hospitality.