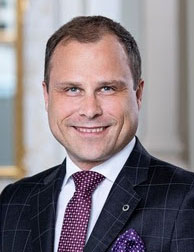 Raoul Hoelzle will take up the reins at the Steigenberger Grandhotel & Spa Petersberg with effect from 01. August. The hotel offers 102 rooms in a classic and elegant design as well as boasting 09 spacious and stylishly furnished suites, including a presidential suite with 230qm. The Steigenberger Grandhotel & Spa Petersberg officially reopened in September 2019 following an extensive modernisation and now features an impressive range of high-end fixtures and fittings. It serves up a diverse selection of culinary offerings, and guests also very much appreciate the generously proportioned spa and health and beauty area with unique views out over the Rhine Valley.

Mr. Hoelzle had been working as a Hotel Manager at the Steigenberger Frankfurter Hof since 2017. He had previously held a series of notable international roles, including Director of Rooms at the Peninsula Hong Kong and at the Park Hyatt Melbourne, Australia. The managing director of the operating company Gästehaus Petersberg GmbH, Vladimir Saal: "We would like to thank Michael Kain for his excellent work on the Petersberg. He was able to set numerous creative impulses and represented our hotel very well. At the same time, we would like to welcome Mr. Hoelzle to the Rhineland and wish him every success in his demanding new position. With his high-quality standards and his experience, he and his team will continue to work on positioning the redesigned Petersberg among the best hotels in Germany."