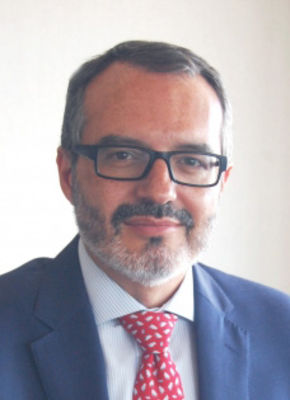 NH Hotel Group has agreed to appoint Luis Martínez Jurado as its new Chief Financial Officer. Luis will report directly to Ramón Aragonés, the Group's Chief Executive Officer, and join its Management Committee. His appointment has already been ratified by the Company's Board of Directors.

Luis Martínez Jurado, Senior Vice President of Treasury & Financing at NH Hotel Group since 2016, boasts an extensive career in finance, having held a number of executive positions in the corporate finance departments of multinationals of the calibre of Degremont (Suez), Telvent-Schneider Electric and Prosegur. An economics graduate from the University of Seville, Luis also holds an MBA from IE Business School. He has an extensive track record in financing and capital markets transactions at listed companies and has played a key role in NH Hotel Group's financing strategy and liquidity management transformation.

The management controlling and strategic planning area, included within the Company's financial area until now, will continue to be headed up by Alonso Escrivá de Romaní, who will now report directly to the CEO.

Luis Martínez Jurado is taking the reins of the financial function from Beatriz Puente Ferreras, who has headed it up since 2015 and is leaving the Company to pursue new professional challenges outside the hotel sector on 30 September.

For the last five years, Beatriz Puente Ferreras has played a leading role in the Group's transformation. Thanks to the achievements made under her management, the Company stands out in the environment induced by the ongoing health crisis for its financial strength. Most notably, under Beatriz's leadership, the Group has steadily reduced its debt, reinforced its capital structure and become more efficient, all of which has translated into healthy cash generation in recent years.

NH Hotel Group's Management would like to express its deepest gratitude to Beatriz Puente Ferreras for her excellent performance: she has helped generate value for the Company and played a key role in its development.

NH Hotel Group is a consolidated multinational player and a leading urban hotel operator in Europe and America, where it operates over 350 hotels.