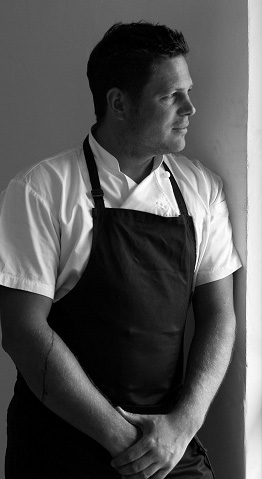 Emirates One&Only Wolgan Valley has announced the appointment of James Viles as Executive Chef of the ultra-luxury, conservation-based resort in the Greater Blue Mountains. James is one of Australia's most acclaimed regional restaurateurs, best known for his imaginative modern food and passionate commitment to locally sourced produce.

James Viles began his career as a young chef at Aman Resorts and Orient Express Hotels. He then returned to the area where he grew up, the Southern Highlands, south of Sydney, to work at The Schoolhouse and at just 23, was awarded a Good Food Guide 'chef's hat'. He spent the rest of his twenties working at acclaimed restaurants throughout the Middle East and Europe, honing his technique alongside Michelin-starred chefs including Hans Haas of Tantris in Munich and Alain Ducasse at Spoon in Hong Kong. Returning to Australia, James had a vision to create a dining destination in regional New South Wales that supported local farmers and growers, and in 2011, he opened Biota Dining in Bowral. The restaurant was named Regional Restaurant of the Year in 2014 and 2015 in the Good Food Guide and held its two chef hat status for eight years.