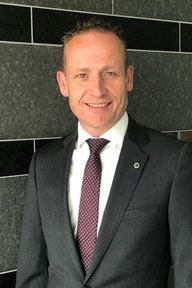 Danny Vorwerk is originally from the Netherlands, and the most recent appointments he has held have been Operations Manager at the Steigenberger Hotel Amsterdam and Financial Controller Netherlands for Deutsche Hospitality. After studying for a Bachelor degree in Hotel Management at the Hogeschool Notenboom in Hilversum, Mr. Vorwerk launched his professional career by securing various positions at NH Hotels in the Netherlands and Belgium. He finally arrived at Steigenberger after roles at BCN Utrecht and as Financial Controller Europe for the Azimut Hotel Group.