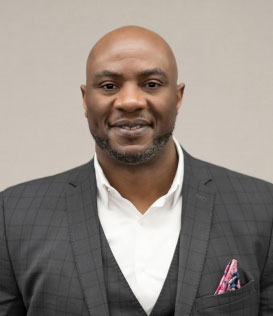 As area director of sales, events and marketing for Hotel Revival and Hyatt Regency Baltimore, Salifu will take the lead on synergizing all sales, marketing and commercial strategies to optimize revenue, brand loyalty, and authentic guest experiences. His wealth of experience in delivering professional and unique meetings and events with innovative food and beverage functions will be an instrumental ingredient to the success of Hotel Revival.

Prior to his current position, Salifu was the director of sales and marketing at the Hyatt Regency in Morristown, N.J., where he led a team of six managers and three administrators on day-to-day business operations and provided mentorship to help his team achieve a $25 million annual revenue goal for the hotel. During his time in New Jersey, he also taught courses and mentored students in the Hospitality Management program at Montclair State University. Before venturing to New Jersey, Salifu was the associate director of sales at the Grand Hyatt Atlanta in Buckhead, Atlanta. In this role, Salifu and his team were awarded the Hyatt Hotel & Resorts Sales Team of the Year Award for mid-size hotel as a result of their record-breaking revenue achievement in 2015. From 2011-15, Salifu was a senior sales manager at the Hyatt Regency Century Plaza in Los Angeles where he was awarded the Hyatt Corporation Hyperformer Award in 2014 for exceeding the annual revenue goals by 113 percent. He began his career with Hyatt as a security officer, and then transitioned to accounting clerk and general cashier at the Andaz San Diego.

Salifu served in the U.S. Navy and is an active member of the [email protected] Diversity Business Resource Group. He graduated from San Diego State University with a Bachelor of Science in finance and a minor in business administration. He currently resides in Baltimore with his wife and three daughters.

20 October 2020 — Hyatt has appointed renowned hospitality professional Herman Kemp as general manager of Hyatt Regency Phnom Penh, the largest internationally branded hotel in the heart of Cambodia's capital. A Dutch national with extensive experience in Southeast Asia, Kemp will oversee the pre-opening of the 247-room property, which will become the first Hyatt Regency hotel in Cambodia when it opens its doors in the first quarter of 2021.
read more

9 October 2020 — Thompson San Antonio is pleased to announce the appointments of Ted Knighton as General Manager and Sofie Vasquez as Director of Sales & Marketing. The new 162-room hotel is scheduled to open in early 2021 on San Antonio's celebrated River Walk.
read more